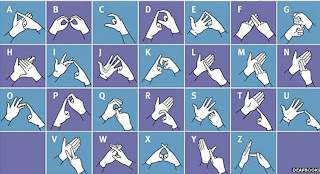 My husband and I are having communication difficulties - not the ones that cause huge rifts in our relationship because we fail to understand what we mean but simply because he doesn’t hear. There are probably times when I don’t too, but his is a long-standing hearing loss that seems to have phases when he can’t hear anything.

In order for him to participate more fully in our recent leaders’ weekend, I decided to try an app that puts words into writing so that they scroll up the screen of my iPad whenever I speak. One of the other leaders is exceptionally good at IT and showed me how to set it up - using his own voice - which meant that it didn’t recognise female voices at all. We sorted that out eventually. The four of us started praying. The huge words scrolled up the screen fast and inaccurate, among them came:

Then I noticed something unexpected. The text began to experiment with alternatives. It corrected Claude to Lord, managed ‘bless them’, made them moo in ‘the house’. It even found the word ‘courage’. It scribed our speech a little better as we went on, even though two of us couldn’t see the text so had no feedback to speak more clearly. Even with the absence of any punctuation, it was certainly quicker than the notes I had scribbled the day before, and Ken didn’t once need to tell me to write more clearly. Although, when gobbledegook filled the screen, we did see he’d muttered a few words of despair.

I’ve been playing with it a bit since, so that my voice is recognised easily in the hope that Ken and I can have ‘casual’ conversations without shouting or slowly finger-spelling.

Seeing the words scroll up the screen has reminded me of making characters recognisable by their speech. In my first novel, Losing Face, I was very conscious of this as my characters wrote emails to each other, with their different styles of writing matching their different speech patterns. By my fifth novel, this has become far more natural as I have spent more time developing and understanding my characters. The outcome has been the same, but the process has changed and is much easier now. In fact, I seem to know what they are saying and how they say it, even to the extent that this leads the story along, sometimes into unexpected places.

Does this give us an insight into something greater? How much more does God know our ways, our words, our thoughts. He recognises our voices and wants us to recognise His. We are not fictional figures, but human beings created by, and in the image of, Almighty God. He is our Heavenly Father, our Alpha and Omega. He knows what we say, how and why we say it, he knows our every little mannerism and when and where we will stray.

And he will bring us safely home.

'My sheep hear My voice, I know them, and they follow me. I give them eternal life, and they will never perish - ever! no-one will snatch them out of my hand.' 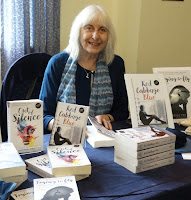 is published by Roundfire Books and the three