Showing posts from September, 2018
Show All 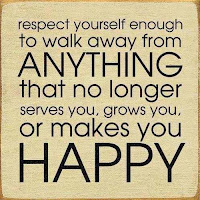 How do you know when it's time to finish something? Whether it's something personal, a job or a writing project the answer isn't simple, as it will differ for each thing. Also, it doesn't always have to be final. You can put something on hold for a while, then come back to it. But how do you know? With writing, it's usually a gnawing feeling that you're not getting anywhere. The characters aren't gelling, the world won't allow itself to be built, the story makes no sense. Sometimes you can leave it for a while, days, weeks or months, come back to it and you'll see where the problems are. Other times, you come back to it, realise it's bad and put it in a drawer. You hope that it'll prove useful at some point in the future, even if it's just as a bad example, showing you what to avoid. I've just quit doing my own personal blog for now. The last one was Friday (28th September) and I decided to go out on a high and do a Frid
Post a comment
Read more

We all have our writing likes and dislikes.  My favourite likes include being lost in the world I’ve created, falling in love (a little) with my characters, when that line comes out just as well as I’d hoped, and when I know I've set a cracking pace.  That dialogue rips along.  That narrative keeps me gripped so imagine the effect it will have on other readers!  At least that is what I tell myself…  I refuse to believe that is just me incidentally! Good and Bad.  Image via Pixabay As for dislikes, these include words that are easy to mix up (affect and effect, anyone?  I always have to check those), never having as much time as I’d like for writing (ring any bells?), and when those lines stubbornly won’t come out as well as I thought they should!  I doubt I’m alone in feeling irked at that last one. If in doubt, consult the dictionary.  Image via Pixabay The only thing I have found helped with overcoming the dislikes was (a) going to the dictionary for affect and eff
2 comments
Read more

Psalm 93 Re-imagined for the 21st Century by Trevor Thorn 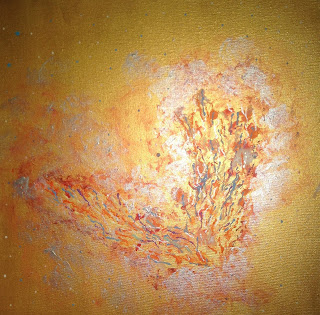 Moth Galaxy (imagined: acrylic by the author) You, Lord, are ruler of the whole universe: you are robed in the fabric of the cosmos which was established at your Word. The vastness of space and time cannot contain you, Lord. You are from and to everlasting. Constellations are testimonies to your might, Planets and their inhabitants praise you    in joyful outpourings of known and unknown tongues.   More majestic than the roar of gargantuan waters that dwarf all of earth’s mighty oceans; more majestic than storms that are indescribably vast, are you almighty God . You reign in eternity and even now know the     time of your return and the end-time of the universe . Your laws guide us into truth, righteousness and justice. Let me delight in the holiness of your domain both now and forever, O mighty God. If you appreciate this sort of re-working, you may like a similar refashioning of part of Job 38 which you can find  HERE
1 comment
Read more

I have a dream by Tracy Williamson 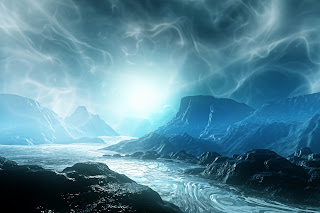 I have a dream of flying across the waters Of bridging the gap between my world and others Of leaping like a gazelle from one bank to another, Of reaching the heights of true communication instead of just gazing from afar. I dream of shouting my thoughts into the winds knowing they'll be heard; Of knowing and understanding, of belonging of reaching I dream of words and their power to communicate and transform, A mighty tool, a holy instrument, a key to the heart of God, I dream of life flowing from my fingers and ideas taking shape A character evolving,  rising, to live, even to influence others I dream of my words bringing God's healing to the broken hearted Creating hope and challenge, peace, greatness and freedom I dream.of them birthing insight, relaxation and power. Or excitement, tears and laughter I have a dream Of stepping out of the awkwardness and alienations of deafness Into the land of heartfelt interaction From the distortion of misunderstanding
5 comments
Read more 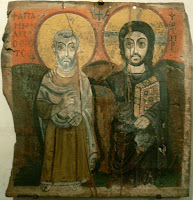 I’m thinking today about how Jesus is portrayed in the gospels and in fiction. Some of you will have thought through long before now how to write Jesus as a character in your books, such as  The Well is Deep by Ros Bayes. And you could say that every time we preach, give our testimony or witness to Christian faith, we are describing Jesus in some way as a person. So what do we make of the character of Jesus in the gospels? I have spent nearly all my life as a believer, and have read, studied and spoken on the gospels many times; and yet strangely there is something about his manner that I find stern, abrasive, critical and impatient. If I met him, I think he would frighten me. Does that make him less convincing? Or in fact more authentic? If I had been a gospel writer I might have been tempted to tone him down, soften him up, make him more diplomatic, more palatable. What a disaster that would have been! The Jesus of the gospels is a man championing and identifying with the op
3 comments
Read more 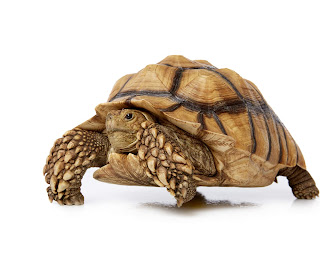 My name is Henrietta and I am a reptile.  Long ago, one of my ancestors was held responsible for that great catastrophe known to humans as 'The Fall' .  But it was nothing to do with me.  Although afflicted by the curse (on thy belly shalt thou go all the days of thy life) the difference is that I am a tortoise with built in decking and a roof over my head.  Vastly superior. My foolish owners acquired me when I was a few months old, small enough to fit into the human hand.  They called me Henry, not knowing I was a girl.  Later, when they realised their mistake, they renamed me. In the early days I was kept warm, dry and safe in a glass box with shiny, slippery surfaces.  Food rations were generous and everything was kept clean.  On difficult days I was taken out and washed.  Then shy, I retreated far inside my shell if anyone came near. Now I am a teenager with more freedom.  Last summer I lived out in the garden for months, left to myself to forage and wander al
8 comments
Read more 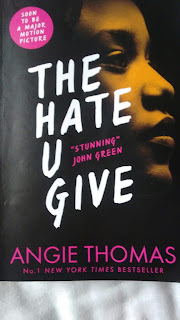 Darkness... ‘When people come back to their houses, they have no idea what could be  around  the corner.  There   could  be explosives  rigged  up to their kitchens, under their beds, or in the light switches in the walls... Even children’s books are rigged with  hidden  explosives.’   So  says  a  recent  bulletin from  Médecins sans  Frontières . I t’s the situation of  people returning to Raqqa in Syria.  Reading such  things   I find it hard to see how people can deny th at  Satan  is  alive  and active in our world . There’s just not enough evil in an ordinary person  to  account for  the sadism of it .   Moving from fact to  fiction , I’ve been reading a riveting  Young  Adult novel,  The Hate U Give , by Angie Thomas.  It  takes you  vividly into the world of African Americans in the United States.  It  shows  you the strong sinews of Black family life and the appalling treatment  they continue to get from white  people , especially the police. I say ‘you’, but I gu
1 comment
Read more

The hardest words - by Helen Murray 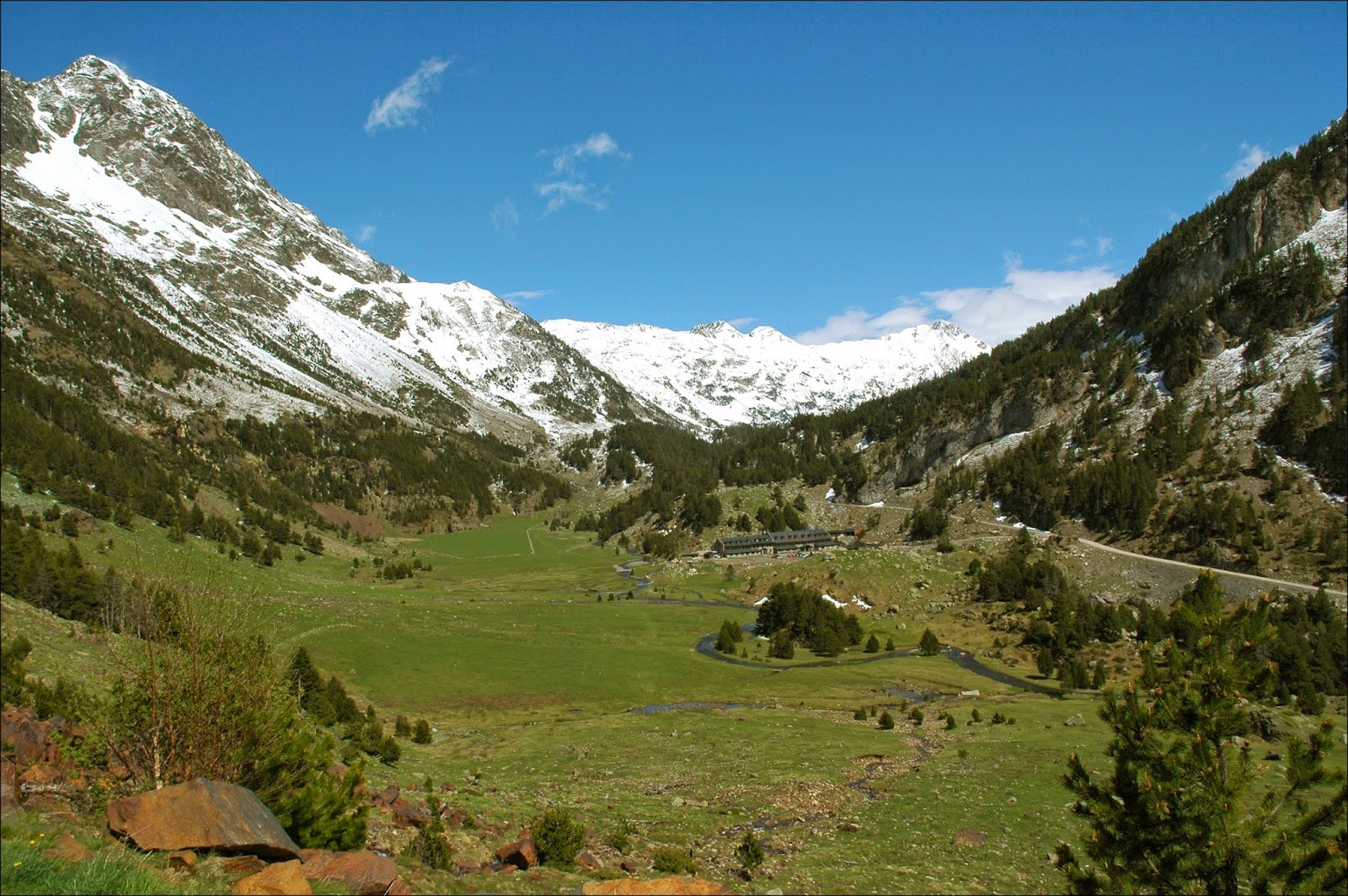 I'm so familiar with the phrase, 'keeping a short account' that I realised the other day that I've stopped considering what it means. It came to me in a sudden revelatory kind of way that I am not very good at confession. Not very good at all. Now, I've been reading lately about revelation (small R) and about how God communicates with us and I read about the word, ' apokalupsis ' which is a Greek word used in the Bible as one of the several kinds of 'revelation'.  It means  uncovering ; when something hidden becomes visible. One of those moments when something that you've known and thought you understood suddenly becomes Real. When head knowledge becomes heart knowledge, maybe. When the words jump off the page, or when you stop in your tracks and your eyes widen slightly because abruptly you get the message.  The penny drops.  Well, it's right out there, obvious for anyone to see, but I didn't see it.  I am not very good a
8 comments
Read more
More posts