Showing posts from June, 2015
Show All

The Mystery of Writing History by Donna Fletcher Crow 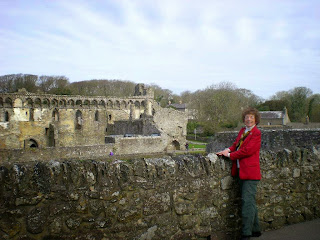 There are many challenges to including a significant historical background when writing mysteries: getting the details accurate, making the history an integral part of the story, not an add-on, and allowing the reader to experience the historical as well as the contemporary parts of the story are some of my major concerns. Most often, my stories start with the setting— either a place I have long loved or someplace I’m longing to visit. One of my goals as a writer is to give my readers a “You are there” experience so I try never to write about a place I haven’t actually been to myself. And the more ancient and crumbling the location the better for my purposes. This sometimes presents an extraordinary logistics challenge since I live in Idaho— 7000 miles away from the settings of most of my books in Great Britain. I begin my research with the widest reading I can do at home and keep narrowing it until I have a good grip on my setting, characters, major plot points and theme. Then t
3 comments
Read more

By the time you read this, I’ll be some place else. Possibly in the far north of Scotland doing last-minute prep for another talk about my novel, When the Boats Come Home . I’m away for twenty-four days and I’m calling it a book tour. The novel is based around the 1921 Fishermen’s Revival in Great Yarmouth that spread up the east coast as newly converted fishermen returned home after the autumn fishing season, and as evangelist Jock Troup was led to various places to preach and inspire. My trip is taking me to a number of the places he visited, starting in Dundee, where thanks to ACW’s Wendy Jones, I’ve a nicely full diary! This is the same Wendy Jones who invited me to write about how to organise a book tour for this blog. So here goes. 1.      Many writers are introverts and doing publicity is painful for introverts. Ergo, even thinking about organising a book tour is going to be painful. Be ready. 2.      You get ready by praying. Lots. ‘Is this
3 comments
Read more

We Have a Gospel to Proclaim by Clare Weiner 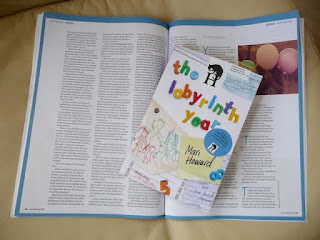 In a recent thread on the ACW Facebook site, some us shared our thoughts on Mslexia magazine (‘for women who write’) and in a wider context, the sense of gloom, re-named better ‘bleak’ which appears in so many contemporary novels. Although we reminded ourselves that bleakness is not a new departure for fiction, inhabiting for example Hardy’s Jude the Obscure , Shakespeare’s Macbeth , and the Greek tragedies. we seemed to feel this post-modern bleakness is different. Initially, I began writing a piece (without a clear idea if I’d send it off or where to) describing what I feel browsing in bookshop today (and for a number of years). This piece began to get quite long, as I cited the various apparent essentials for a current novel, and the desperate and overwhelming amount of ‘visceral’ - now termed more often ‘physicality’ thought necessary. Especially in scenes of sex or violence, this also hovers around at all times. Though examples exist about anything: say, the way person e
8 comments
Read more
More posts