Twists in the Tale, by Ben Jeapes 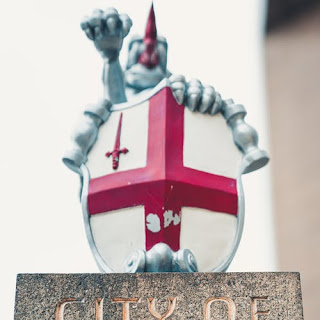 I don’t know about you, but I would not be impressed by someone who routinely spat on a crucifix and publicly denied Jesus.

Which just goes to show what I know.

I’ve just finished The Templars: History & Myth, by Michael Haag, and a fascinating read it was too. (The author’s other books include a comprehensive debunking of The Da Vinci Code, which made me warm to him before I even started.) The Templars were, at their simplest, an order of warrior monks created to protect pilgrims to the Holy Land. This book gives their entire history and then some, fact and fiction, myth and reality, from the prehistory of Jerusalem (before there even was a Temple), through to their downfall in the 14th century, to the present day with all the myths and legends that still continue.

When an avaricious King of France wanted their wealth for himself, he arranged their downfall by fabricating charges of heresy, including the aforementioned spitting and denying, which it was said were routine elements of their initiation. Pope Clement V didn’t believe a word of it and managed to secure a chat with the last Grand Master of the order, prior to his execution. He was astonished to learn that these charges were actually 100% true. They did spit on the cross and they did publicly deny Christ, and with good reason. Templars knew that if they were captured by Saracens then they would be forced to do precisely that, and much worse. The ritual was the equivalent of modern interrogation training. It taught them to go through the outward form while keeping their actual faith intact inside them.

As narrative twists go, that’s a good one, and completely unexpected.

It got me thinking about twists in stories. At first I thought they would be quite thin on the ground in the Bible as the Bible wasn’t really written that way – but in fact they are there. The ending of Job isn’t what anyone would have expected. There is Nathan’s devastating rebuke of David. The tale of Balaam’s ass. Paul springing his Roman citizenship on an unsuspecting centurion. And I suppose the Resurrection is the twist ending to beat them all.

Fill in your own examples from other literature. A good twist is one that no one saw coming – but if they had paid enough attention then they should have (or at least you can make them think they should have). This means that all the information that justifies it needs to be known to the reader already. They may not have joined the dots, but they need to have the dots laid out for them.

It is also possible, of course, to be too clever – as the Templars were, never dreaming that their rituals would actually be used against them.

Ben Jeapes took up writing in the mistaken belief that it would be easier than a real job (it isn’t). Hence, as well as being the author of eight novels and co-author of many more, he has also been a journal editor, book publisher, and technical writer. www.benjeapes.com
twists