As a children’s writer, mum and teacher, I spend a lot of time thinking about children; what makes them
happy? Worried or anxious? Angry? Troubled? As I write for young people, I like to add value to their lives in some way even if it’s just to give them a few hours of entertainment; make them laugh, cheer them up, give them a bit of escapism from our busy, competitive world. But I’m also aware of how easy it is to program them. For instance, take superheroes. We all love a superhero (I think I have a secret longing to be Catwoman and to whip those baddies into shape). They’re fearless, handsome/beautiful, strong, in fact, they’re invincible and that includes the ones that don’t have superpowers! Whatever scrape they get themselves into, however seemingly impossible, they manage to escape! Good always defeats evil and quite honestly, I love that story. The light can never be overcome by the darkness. 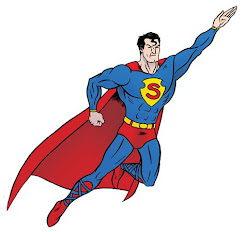 However, as children grow into teens, it is so easy to move into the more adult and sinister versions of our superhero’s lives. Teens already believe that to be a superhero you need to be muscular with a six-pack or thin with glossy hair and an hourglass figure which sets the bar so high for our kids, and can give them a sense of inadequacy. They also need grit, determination, an outgoing personality, and, yes, they still need a bit of invincibility (somehow, they’re seldom hit by the bullets). There’s no room for vulnerability or a dip in confidence. After all, everyone wants to be a superhero, don’t they?

Meanwhile, the evil in our fictional worlds has grown ever-present and increasingly powerful. Violence is extreme, good, innocent people are horrifically killed. The stakes are higher. Batman and Robin become Gotham City. Deadpool, an assassin and cold-blooded killer is also considered a hero. Suddenly, the lines between good and evil are fuzzy. The enemy is a poor, troubled soul who has lost their way and can be forgiven for their moments of violence and cruelty. I get it, I really do but it’s akin to sucking a delicious lollipop and finding a rusty old nail inside. 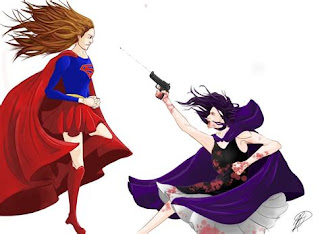 When have we gone too far? At what point are we damaging our children? At what point are we damaging ourselves? Quite honestly, despite the age ratings, if my thirteen-year-old is tempted to watch or read something that could harm him, I have to hope that with enough good parenting, he’ll make wise decisions because quite frankly, I can’t keep a track of everything he watches and reads. Most of the children in his class at school have been watching the Squid Game which is all over social media including TikTok (which is most thirteen year old’s favourite social platform). It’s a very clever hyper-violent screenplay written by Korean writer and director, Hwang Dong-hyuk; Centred on a brutal survival game against the backdrop of the cultural divide between Korea’s rich and poor. Think The Hunger Games but worse. Believe me, I’m not one of those teeth-sucking, head-shaking do-gooders who believe everything with violence is wrong but I think it is important, as Christian writers, to continually ask ourselves the question: what effect am I having on my readers? Am I adding to their lives or am I creating a monster?

Finally, brothers and sisters, whatever is true, whatever is noble, whatever is right, whatever is pure, whatever is lovely, whatever is admirable—if anything is excellent or praiseworthy—think about such things. Whatever you have learned or received or heard from me, or seen in me—put it into practice. And the God of peace will be with you. Philippians 4:8-9 (NIV)