A Flitting Mind - by Veronica Bright 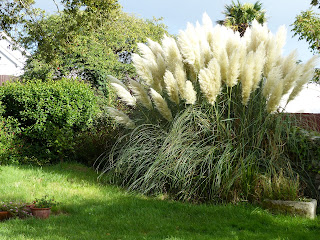 Alfie, three years old and going on seven, lies on his tummy on the cobble path. His dad pauses and leans on his fork. Is he about to stroke a caterpillar? Pat a spider? Suck a worm? The man takes a step towards his chubby little son. Ah. A line of ants moves as one, as if there’s a miniscule tightrope bearing them over an invisible gorge, a rush of water in silent progress beneath them. Alfie looks up at his dad. ‘Why are they busy, busy, busy?’ he asks.

Soon after Alfie completed his first journey from darkness to light, just like every healthy baby in the world, he became a mini-scientist, watching, listening, patting, touching, pulling, tasting, smelling. Once he could crawl, he was off, crumpling lovely newspaper, investigating his dinner with his hands, exploring anything and everything experience brings him. His mum recalls the time she left a cupboard door in the kitchen slightly ajar, and Alfie tipped the contents of the veggie waste bin onto the mat by the sink!

Schools should provide a marvellous opportunity for learning to continue. After all, teachers don’t throw board rubbers and chalk at their pupils any more; they don’t send them to the head to be caned. They are generally more jokey and friendly than teachers were in the nineteen-fifties and sixties. And yet…

Several of my family members are teachers in primary schools, and they have all commented that some children, especially those who endured lockdown in blocks of flats, have lost their enthusiasm for learning. It’s all too much trouble. It’s boring. My son was talking about the Vikings to some eight-year-olds, explaining how people found out about them by digging up the evidence they left behind, asking questions and discovering answers. One child sighed. ‘Why didn’t they just Google it?’ she asked.

I believe the wealth of media in 2021 seems to be turning us into people whose minds flit continuously from one thing to another. Yes, I like Facebook, Instagram, and Twitter. It’s good to see what our friends have been doing. It’s good to share in their successes, and be there for them when they need support.

Another of my must-flit activities is dealing with a bombardment of emails. They, too, throw me into swift-flit mode, deleting, replying, following up, moving on. But they’re essential, aren’t they?

I like watching my favourite programmes on television, but there’s never a moment for reflection as the credits go up. Are we allowed to listen and think as the music, no doubt carefully chosen, plays us out? No. We’re told what is coming next, or next week. We’re urged on to something else.

The flitting mind. It demands that I stop paying attention to what I’m writing and have a quick look to see if so-and-so has replied to my message yet. It tries to interrupt my prayer time. Sometimes it urges me to move on, look up Ezra (who he was, how he lived, etc) or what Jerusalem looked like in the year dot. That kind of thing. All useful, of course. All interesting. Flitting nevertheless.

So here I am with my 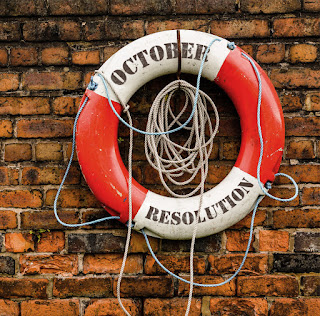 I’m going to try and make sure I have more moments in my day when I stop, look and listen, even jot down a few notes in my writer’s notebook, which has been sadly neglected this year.

Trying to re-inspire myself, I looked back at a notebook from September 2015 and this is what I found: 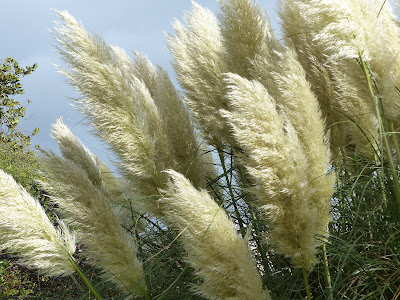 The sun shines on the pampas grass—each tiny strand emphasized with light. Soft feathery plumes, quill pens waiting to write the history of the garden.

Moments like this may motivate and inspire us, or they may calm and relax us. But best of all they connect us with God.

Perhaps flitting has a good side after all! 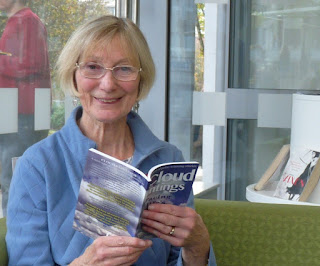 Veronica Bright loves telling stories. As a former reception class teacher in a Cornish village primary school, the best part of the day was gathering the children together and making up all sorts of amazing things. Her pupils probably believed there was an elf living in the cupboard, and that the spider who frequented the sink had the power of speech. They inspired her non-fiction books for collective worship and many of her prize-winning short stories, now self-published in three collections.