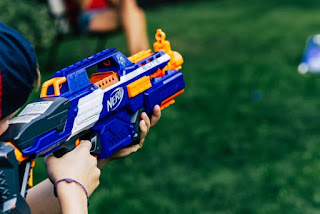 Over the years, I’ve found myself using phrases I never thought I would. If you’d told young, carefree, twenty-something me that one day I’d be bellowing things like, “Put that gun down! What have I told you about shooting your brother?” and “Where have you hidden the babysitter’s shoes?” I would have laughed in your face.

A couple of weeks ago, rushing out of the door at 5.25 en route to dance, I found myself shouting up the stairs to my daughter, “And don’t forget your cutlass!”

Up to now, I’ve presented myself as a fairly peace-loving and balanced kind of gal. For any new ACW members, or those who have not yet interacted with me, I’d like to reassure you. Just because I’ve mentioned guns and swords already, before we even get to the solid meat of this blog, it doesn’t mean I am of a violent disposition. The gun was a Nerf gun, wielded over-enthusiastically by an eight-year-old. The cutlass – well, we’ll come back to that.

Now, very nearly a full-time writer with three teenage children who can put on their own shoes, have stopped getting nits (hallelujah!) and who pretty much manage their own social lives, my standard arsenal of warnings and instructions is rarely used. In place of exhortations to clean their teeth, pick up their lunch boxes and not to hit their siblings, I now have a new set of questions and instructions.

“Have you got your mask?”

“Don’t forget to text when you want picking up.”

“Have you done your Covid test?”

“For goodness’ sake, please clear out your room. We’re nearly out of mugs.”

And of course, a new entry at number five, “Don’t forget your cutlass.”

My twelve-year old daughter goes to dance on a Wednesday evening. The teacher, Miss Chloe, is planning a show to take place in October. You can imagine how excited we all are. On the first night back, Grade 3 Modern came spilling out of the side door of the village hall brandishing plastic cutlasses and doffing imaginary trilbies. The two songs they’re dancing to are the theme from “Pirates of the Caribbean” and “Everybody Needs Somebody to Love” from the Blues Brothers. Hence the sword and the hat. 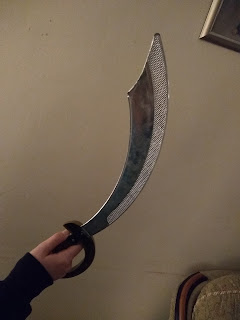 We were treated to an impromptu demonstration on the grass and the cutlass was taken home, with strict instructions that it should never be left behind as it’s a vital component of the routine. Hence the title of this blog.

Thinking about it, I’ve been forgetting my cutlass quite a lot of late. I used to be really good at putting on my spiritual armour. I had to be. I was constantly under attack. I was engaged in frontline work, evangelising, pastoring and encouraging and doing what God had asked me to do when we moved to Suffolk.

Setbacks and disappointments crowded in on me thick and fast in the course of several years. A dear friend from church, with whom I did much of the work, died suddenly. I burned out, not once but twice, worn out with parenting three young children, running a business, struggling with vicious attacks against me on the PTA and trying to carry out my ministry at church.

I’ve written before of the pain and disappointment that comes when you do what God is calling you to do and you’re blocked at every turn. When it’s your own church doing that, the pain is almost unbearable. I never gave up, but I retreated. I put down my sword. I let my shield slip. I stopped being such a problem for the enemy.

This year, I’ve begun to venture back into the fray. I moved churches and thanked God I did. Friends gave me words of knowledge and prophesies and I began to feel that old excitement again. God has blessed me richly by giving me my heart’s desire. On 1st January 2022, I will be a full-time writer, only forty-six years after I first decided that’s what I wanted to be.

There are so many seasons in our lives, some good, some challenging, but the longer I live and the more words I write, the better my understanding becomes. I’ve only scratched the surface and I know there will be more hard times ahead.

Perhaps it’s time I started taking some of my own advice. So, from today, I will. 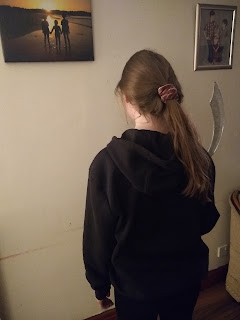 "Finally, be strong in the Lord and in his mighty power. Put on the full armour of God, so that you can take your stand against the devil’s schemes.  For our struggle is not against flesh and blood, but against the rulers, against the authorities, against the powers of this dark world and against the spiritual forces of evil in the heavenly realms. Therefore, put on the full armour of God, so that when the day of evil comes, you may be able to stand your ground, and after you have done everything, to stand. Stand firm then, with the belt of truth buckled around your waist, with the breastplate of righteousness in place,  and with your feet fitted with the readiness that comes from the gospel of peace. In addition to all this, take up the shield of faith, with which you can extinguish all the flaming arrows of the evil one. Take the helmet of salvation and the sword of the Spirit, which is the word of God."

Ruth is a novelist and freelance writer. She is married with three children, one husband, three budgies, two quail, eight chickens and a kitten. Her first novel, “The Diary of Isabella M Smugge”, came out in February this year and she is writing the sequel, “The Trials of Isabella M Smugge.” She writes for a number of small businesses and charities and blogs at ruthleighwrites.co.uk. She has abnormally narrow sinuses and a morbid fear of raw tomatoes, but has decided not to let this get in the way of a meaningful life. You can find her on Instagram and Twitter at ruthleighwrites.