Can You Judge a Book By Its Cover? - Wendy H. Jones 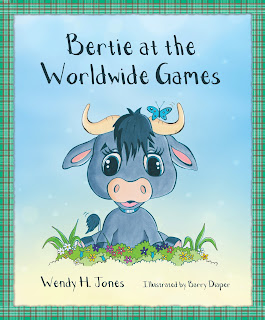 I've been thinking a lot about covers recently, mainly because I have several books coming out soon and I've been knee deep in covers and discussions with both cover designers and publishers. I would like a clanging of cymbals here as this is the first sighting of the cover for the new Bertie the Buffalo Book - Bertie Goes to the Worldwide Games. The reason I include this is because it has gone through several iterations. My publishers - Malcolm Down and Sarah Grace have worked hard to bring this cover and to make sure it fitted the book. The tartan is important because Bertie and his friends are representing Scotland and will be wearing kilts. So, why no kilt on the front I hear you ask? One of the original covers did have him in a kilt on the front but it was felt a little too fussy. So, here's a screenshot of part of the back cover. 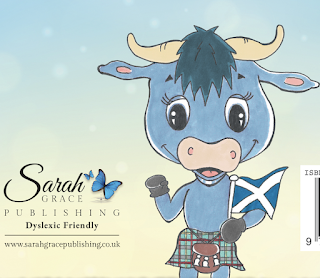 Our wee escape artist is exploring his Scottish heritage. Before you say, a water buffalo isn't very Scottish, Bertie was born on a farm in Scotland - in real life. Yes, there really is a Bertie the Buffalo and he really is Scottish, so the cover reflects that.
What of other examples of covers? Here are some from other ACW members (and publishers) books.
Tripping the Flash Fantastic by Allison Symes 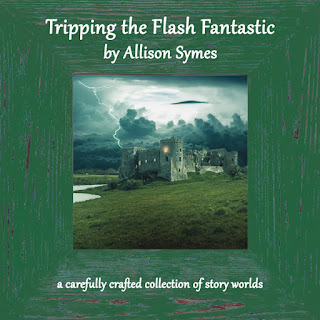 Alison said:
I love the cover for Tripping the Flash Fantastic because it highlights the book genre and hints at what a reader might expect to see inside it. The lightning represents the flash fiction genre. The mysterious lit-up castle hints at historical stories and given the landscape is not anywhere obvious also hints at a fantasy setting. And yes there are fantasy and historical stories in this book. I also like the way the sky above the castle is lit as that too hints at "other worldly" elements. I also hope the image as a whole would draw readers in to find out what the stories are. It is the kind of image that would attract me to have a look at the book on a bookshop shelf. And that is the idea of course! 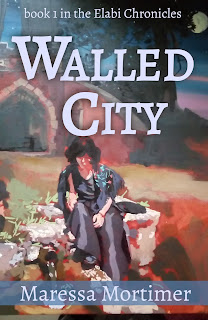 My latest novel, Walled City, was being edited when I visited a friend who turned out to be an incredible artist. Her colours were vibrant and warm, just the way I like them. My thought was, “I want her to paint the cover for my book.” One of my main reasons for self-publishing was that I would ahve control over the cover. It might not sound like the best reason, but I loved it. I love the cover, love the painting she made for me, love that it’s the work of a friend.
The Diary of Isabella M Smugge by Ruth Leigh 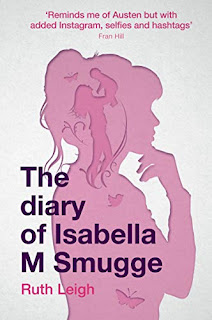 Ruth says:
While I was not given any input into the cover when the publisher showed me it I knew it was perfect. The Publisher came up with it all by themselves having read the book. I like the way they've given us the glossy exterior of Isabella, complete with social media symbols, but also shown what she would like to happen inside her head.
The Healing by Joy Margetts 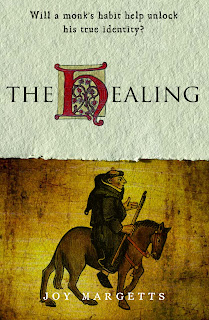 Joy says:
I had no idea that I would really have very little control or say in my book cover design. The publishers explained this and that there were good reasons for it, and as a novice author I accepted that. I did give them my ideas; I had done my research and knew the look I wanted the book to have. I even sent pictures of other covers I liked. At the very least it had to look medieval and have some reference to the book content. The first cover design that they sent was nothing like I had imagined and to be honest I didn’t like it. Even the strapline was not reflective of the book content. I found it had to say so, as I could see the work that had gone into it, and did not want to be difficult. But they took my comments and very graciously went back to the designer for me. The resulting cover was so much better! Still different to what I had imagined, but probably needed to be. It is beautifully eye catching, in colour and design, and now more accurately reflects what is inside the cover. The new strapline was mine, which the publisher also graciously chose to use. I am really glad I chose to be ‘difficult’ and I think the publishers are too!

In today's blog I have given you some insight into book covers from the point of view of the authors. Next month I will continue the theme with the publishers point of view. I think we are all agreed that the cover needs to suit the mood and the genre of the book, giving an insight not what the reader should expect.
I’m curious, what are your thoughts? What constitutes a good cover for you?
About the Author
Wendy H Jones is the Amazon #1 international best-selling author of the award winning DI Shona McKenzie Mysteries. Her Young Adult Mystery, The Dagger’s Curse was a finalist in the Woman Alive Readers' Choice Award. She is also The President of the Scottish Association of Writers, an international public speaker, and runs conferences and workshops on writing, motivation and marketing. Wendy is the founder of Crime at the Castle, Scotland’s newest Crime Festival. She is the editor of a Lent Book, published by the Association of Christian Writers and also the editor of the Christmas Anthology from the same publisher. Her first children's book, Bertie the Buffalo, was released in December 2018. Motivation Matters: Revolutionise Your Writing One Creative Step at a Time, was released in May 2019. The Power of Why: Why 23 Women Took the Leap to Start Their Own Business was released on 29th June, 2020. Marketing Matters: Sell More Books was released on 31st July 2020. Bertie Goes to the Worldwide Games and the third book in the Fergus and Flora Mysteries will be published in 2021. Her new membership Authorpreneur Accelerator Academy launched in January 2021.
Website