What if you weren't afraid? by Deborah Jenkins 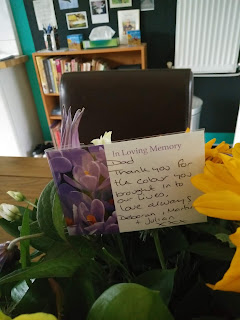 I heard a whisper the other day on the A22. This is what it said: What if you weren't afraid? It popped into my head so suddenly and so randomly - though, to be fair, many of my fifty-something thoughts tend to - that I decided to pay attention.

I do not think of myself as a particularly fearful person. I have my pet hates as we all do: in my case, lifts, dogs, zips, the sound of someone walking behind me on an empty street. Oh and petrol pumps. These things have a history. Take the petrol pump thing. It comes from having lived for many years in a country where assistants do it for you, and when we got back, I struggled to get them to work properly. I still blush when I think of the til person's face when I said, with forced nonchalance "£14. 10 from Pump Number 1 and £29.80 from Pump Number 2 please." Hm. Enough said.

The thing is, I realised, these days I spend too much of life being afraid. Not in a nail-biting, heart-pumping, sweat-inducing way. More in an OK-so-what's-going-to-go-wrong-next? way. I never used to be like this when I was younger. Life has somehow morphed me from an eternal optimist into a eyebrow raising pessimist and I do not think it is either good, or biblical, to live like this. Please don't misunderstand me. I am not talking about clinical anxiety or depression, as if these can be batted away by a change of attitude. I have family members who are sufferers and I think probably, looking back, I have been one in the past too. For some people, some of the time, it' not possible to take control over the way they see the world. I am not referring to this, but to a general outlook that for lots of reasons can seep into life. So the question remains for me and perhaps for you too: - what would life look like if we weren't afraid?

"Do not let your hearts be troubled...My Father's house has many rooms..."

My husband read these words recently at my father's funeral and it struck me that Dad was a great role model in this. He was a bold, colourful person and until the last week of his life, remained focused and unafraid. As a young man, it was his ambition to become an army officer but from a working class family (his dad was a chimney sweep) this was unlikely. Also his dad, who fought in the war, was against the idea. One day he lowered the jack while his dad was under the car and refused to let him out until he signed the permission slip. He was 14 years old. Dad started as a bugle boy and worked his way up over 30 years to the position of captain. His sense of adventure and lack of fear were catching. And so would ours be.

Take writing for example. How would our writing lives change if we weren't afraid? If we didn't dread writer's block or rejection. If we weren't worried about branching out into some form of writing or creativity we had not thought to do. Just because a friend of a friend was looking for a writer for This Other Thing and there we were. If we were free to embrace the successes of others without fear of our own failure. If we shared our writing, putting it out there in the world, with the sure and certain knowledge that we have been given a gift to use. And at no point has anyone ever said that, before we share it, it needs to be perfect. Is writing accepted by agents and publishers perfect? Judging from a few of the books I've read (and typos I've seen) probably not. If God has called us to write, let's write, and when those voices shout out that we're not good enough, listen for the whisper. The apparently random one that lives in places like the shower and the A22. And remember to pay attention.

Click on the link to see the novella on amazon
Deborah Jenkins is a freelance writer and school teacher, who has written articles, text books, devotional notes and short stories. She also writes regularly for the TES. She has completed a novella, The Evenness of Things, available as an Amazon e-book and is currently working on a full length novel. Deborah loves hats, trees and small children. After years overseas with her family, who are now grown up, she lives in East Sussex with her husband, a Baptist minister, and a cat called Oliver.