Out of the Mouths of Agents - by SC Skillman


Recently (March 2019) I went to a publishing conference at Regents College in London organised by Jericho Writers. 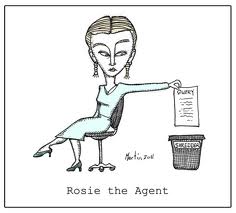 During the day, 70 of us heard from agents, editors and traditionally-published novelists. I took lots of notes, and here I offer you some of the nuggets I picked up from the agents, for those of you who are interested in the traditional publishing route.


Please note that I also discerned at least five areas of contradiction between what one of the novelists said, and what the agents said. But I believe this is because publishing in 2019 is a highly subjective business, and different individuals can take different approaches – and this is very true of literary agents.

Hannah first reminded us of the essential role of an agent: to spot, develop, sell and manage talent. In answer to a question, she said she’s happy to take novels from older writers and says age is irrelevant. In contradiction to an earlier statement by a novelist, that what you send has to be "absolutely perfect",  she said she wouldn’t turn something down “because it wasn’t pitch-perfect.” Whether or not you’ve had it professionally edited is not something she would discern. She is just as likely to accept a book which you’ve written, and had your writer friends look at, and which you’ve then polished yourself. She would not be able to tell the difference between that and a book written by an author who has had it extensively worked on by a professional editor.  (Make of that statement what you will!)

Different agents have different attitudes to writers who have previously self published. For some agents, if your self published novel got high figures on the Amazon ratings in certain categories, then it's worth mentioning. And for those agents, if it didn't sell well, don't mention it.  But this doesn't apply to Hannah. She says, if the agent is the right agent for you, then you should be open and honest about your previous publishing history, because the right agent will want to know about you. But some agents prefer a fresh new voice that hasn't been published before. Whereas other agents are perfectly happy to look at a previously self published novel and evaluate it on the strength of the writing alone. Scan their websites and twitter accounts and online interviews and take your choice!

Before sending to an agent, say Sandra and Imogen, get your novel in "as good a shape as you can possibly get it yourself." Don't agonise over it for years and don't sit on a manuscript for years and then send it off. You can wait too long.  Manuscripts may fail to be taken on because they "have the  feel of ten years ago." And, during the period you're writing your novel, it's very important to read contemporary books in your genre that have been published in the last year.... not the classics.

When making comparisons between your own novel and well-known published novels say something like this: "Fans of.... might like this" or "This might sit next to..."  And do choose books that have been published within the last 3-5 years.

Imogen says she once took a book on that she loved - but it was 18,000 words long, had no plot, and an unnamed MP.  Ultimately it was edited and the word count increased, and it was published and did well. Obviously that is rather an extreme example but she wanted to emphasise that her immediate gut reaction to a book is what will determine her decision. She wants to "fall into" your book at once, on the first page. The situation, the stakes, the MP  and his/her motivation should all be clear on that first page.

Don't agonise over genre. If you really can't decide what genre your book is, just describe the story briefly in your covering letter, and let the agent determine what genre it is. Please note, too, that apparently YA books are not doing well here in the UK, and the US market is much better for YA novels.

So I hope that has helped you. There may be something I've mentioned above which was your personal area of confusion or misunderstanding about agents... along with many others, of course!