It’s a kind of magic, by Ben Jeapes 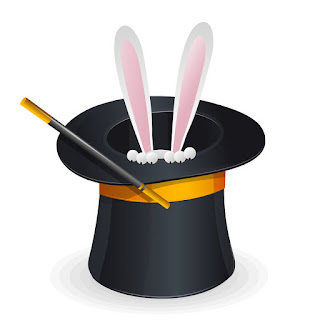 I’ve recently had the unexpected pleasure of working on a book about magicians. That is, stage magicians, who achieve the impossible either by sleight of hand, or misdirection, or simply a slightly better knowledge of mathematics and probability than their audience.

That, ultimately, is what magic is: achieving a desired effect through superior knowledge, without the audience realising it. Give me 21 cards and I now know how to find the card that you chose: it looks like, well, magic – but if you do the trick slowly and carefully, doing everything in the right way, you can see how the chosen card always moves to the same spot in the deck, by the simple process of mathematical inevitability.

By contrast, I recently had the mispleasure of reading an article about ‘Christian witches’. (It’s here if you’re really interested.) Where to start … I’ll just concentrate on its claim that Jesus was a sorcerer. Jesus was emphatically not a sorcerer, and the very idea highlights the fundamental difference between pagans and Christians. Paganism ultimately comes down to me: what power can I wield to change the world? When Jesus wielded power, he did not so much change the world as roll it back to its original Kingdom settings: illness vanished, demons were cast out, the hungry were catered for simply because, when Jesus willed it, there was no alternative. Unlike any power that pagans might wield, the power of Christ is dispensed according to his will: we may have to prepare ourselves to receive it, through prayer and other means, but it’s certainly nothing to do with our own efforts. As a character said in a Phil Rickman novel that I recently read, “you don’t get to look in the boiler room.”

But with that said … Jesus was certainly very good at getting his own way, always knowing exactly the right thing to say or the place to be to achieve an optimum effect – which was generally his own plans, i.e. the fulfilment of his mission and furthering the Kingdom of Heaven. But I am certain that much of what we read about him doing was not achieved by supernatural power but by a flawless understanding of human nature, knowledge of how the world works, and observation of detail.

A good magic trick can be over in seconds but much longer in the setting up. When we write, we have to set up our plot in plain sight of the reader, but without their realising. The principle of Chekov’s gun is that there should be nothing in a story’s set-up that isn’t relevant later on: “If you say in the first chapter that there is a rifle hanging on the wall, in the second or third chapter it absolutely must go off.” Looked at the other way, how does someone in the third chapter have a gun? Because you, the author, set it up in the first. (The excellent novel A Gentleman in Moscow by Amor Towles does this beautifully: the gun in question is fired some 30 years after we learn of its existence, in a way that makes the reader laugh with delight because you appreciate just how well the set-up was done.)

With a bit of plotting and planning, you too can be a magician – in the world of your characters and in the minds of your readers. Use your power wisely.

Ben Jeapes took up writing in the mistaken belief that it would be easier than a real job (it isn’t). Hence, as well as being the author of 5 novels and co-author of many more, he has also been a journal editor, book publisher, and technical writer. www.benjeapes.com
magic plotting Writing