In the midst of disappointment, despair and decision... 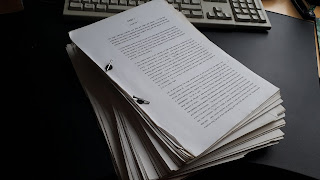 "the people who
know their God
shall prove
themselves strong
and shall stand firm
and do exploits [for God]."

As Christians it is good to know that despite the shaking of the very fundamental principles and foundation of our Parliament that whatever happens on 29th March our God is still in control and will bless this nation.


I’m always looking to do exploits for the Lord, and don’t always receive the hoped for result. But just as the Lord loves a cheerful giver, He loves us to step out in faith, and see every failure as a learning curve and step to success.

In my latest exploit I’d a sense I might be disappointed. As I waited to see the outcome the Lord alerted me to look again at the cruise we’d seen for my husband’s 70th birthday and discovered there were only inside cabins left.  An advert  for the cruise on appeared on Facebook so I contacted them. They had a possibility of a cancellation in the cabin class I wanted, I prayed, and next day it was mine at £300 pp cheaper than anywhere else! Minutes later another cruise company rang back about their reduced Rhine river cruise I’d seen over Brian’s birthday this year. Transport was included from Bristol to and from Heathrow, drinks and internet were now added!  It was a no-brainer, and just before I paid for it the price dropped another £50 pp.  I was now in no doubt of the Lord’s favour and blessed by the chaos of Brexit!


Then came the disappointment over my offer of a free download my latest book. The highest download in one day was 53, and hit 245th in the Kindle charts, although five books in the series were purchased.  Friends on Facebook didn’t receive my four newsfeeds about the free offer, and any boost from the US and Australia markets was thwarted as they couldn’t download it free.


Despair arose when readers reported that although caught up in the story, they’d found mistakes. I’d spent weeks with corrections, but had just made more. I talked to the Lord  and awoke the following day with the name 'Laure' who years ago told me she did editing and proof reading.

At the ACW meeting in Bath I felt Wendy Jones was the star of the day when she talked about her marketing techniques.  However, both paid speakers stressed the need for professional editing and proof reading!  Laure I later discovered does that professionally.  She'd downloaded 'Rosie' because she loves my books and was halfway through reading it.  Before I could ask, she told me the Lord said she should offer to go through the book and was also willing to correct them for me.  I'd decided I'd pay whatever she asked, but was taken aback when asking she replied, ‘nothing’. My rejoinder was every labour deserves his wages, her answer, 'If you want to reward me, ask the Lord what that should be.' Wow!

I know the Lord is in my writing exploits, yet when a day later in the middle of the night I’d ideas for Book 5 in my head. I said, “Lord if this is of you I’ll remember it in the morning”.   I awoke, wrote down the major points and typed for two hours making a skeleton of the whole book which ended where Book 6 begins.