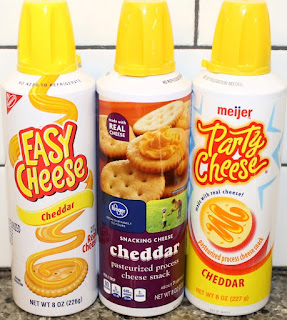 Never mind how the group got together - that would be a post in itself. Some met during a Lent course and the rest drifted in later. But I have never been in a fellowship group, before or since, with such a fierce sense of love and loyalty among its members.

There were the Anglicans, me and my aspiring ordinand flatmate, Mark; Peter and Monica, a very traditional Catholic Anglo-Irish couple; Francis, their agnostic son; Art, a Catholic and member of the US armed forces then working in the UK; Jim, another American working with Art; and Jim’s wife Tammy. To make life even more interesting, Jim and Tammy were Lutheran.

Art was and is a keenly accomplished amateur theologian. He is the only one of my friends who has annoyed people enough that they put videos on YouTube specifically to refute him. We met in each other’s houses, once a week. Art usually led, laying down a solid bedrock of Catholic exposition; the Protestants would reel slightly, and fight back, usually led by Mark; Monica would fulfil the role of all good Irish mothers, interjecting the occasional pointed remark into heated conversation that could deflate the entire proceedings whenever they got too high-blown, and making sure no one wanted for anything. She was firmly of the Mrs Doyle school of lavish hospitality. The evening would conclude with chat and slap-up nibbles. Thanks to the Americans I had my first ever taste of cheese in a can. Well, the earth is the Lord’s and everything in it … even if he must sometimes wonder what we think we’re doing with his gifts.

We are still in touch, thanks to the wonders of Facebook, 30 years later. I can’t say that of any other group I’ve been in.

Despite, or maybe because of all our differences, it was a wonderful group. It’s easy to gloss over denominational differences – to give a facile answer of “we’re all brothers under the skin,” or “it’s a matter of taste.” Not in this group it wasn’t. For instance on one side, the Catholics all considered Catholicism to be the logical conclusion of being Christian and were personally offended at the notion of married priests, yet alone women ones. But still, they encouraged and supported Mark in his progress towards ordination, and stayed friends after he got married.

It can only have been God’s grace. We never tackled the differences between us in any formal way, not even an agreement to disagree, but they were never a barrier either. It has driven my view of denominational differences ever since. This is how Heaven must work; how God intends to bring together all those Christians who have accepted him into their hearts yet still, here on Earth, have the most astonishing hang-ups about each other that they simply can’t over, or see at all. We don’t get in on doctrinal purity, or status, or good works. In Heaven we leave them all at the door and get on with the simple business of being there.