By Aggie C - April 20, 2015
I've long felt an affinity with Elijah: not that I could ever approach his single-minded devotion to God's cause, or his self-denial. or even his energy. It's in his humanity I feel empathy with this great man of God, and especially when he seem to despair. We are told that despair is sinful and unChristian, because it is the antithesis of faith and trust in God, but I'm sure I'm not alone in having felt at times almost that level of abject discouragement. 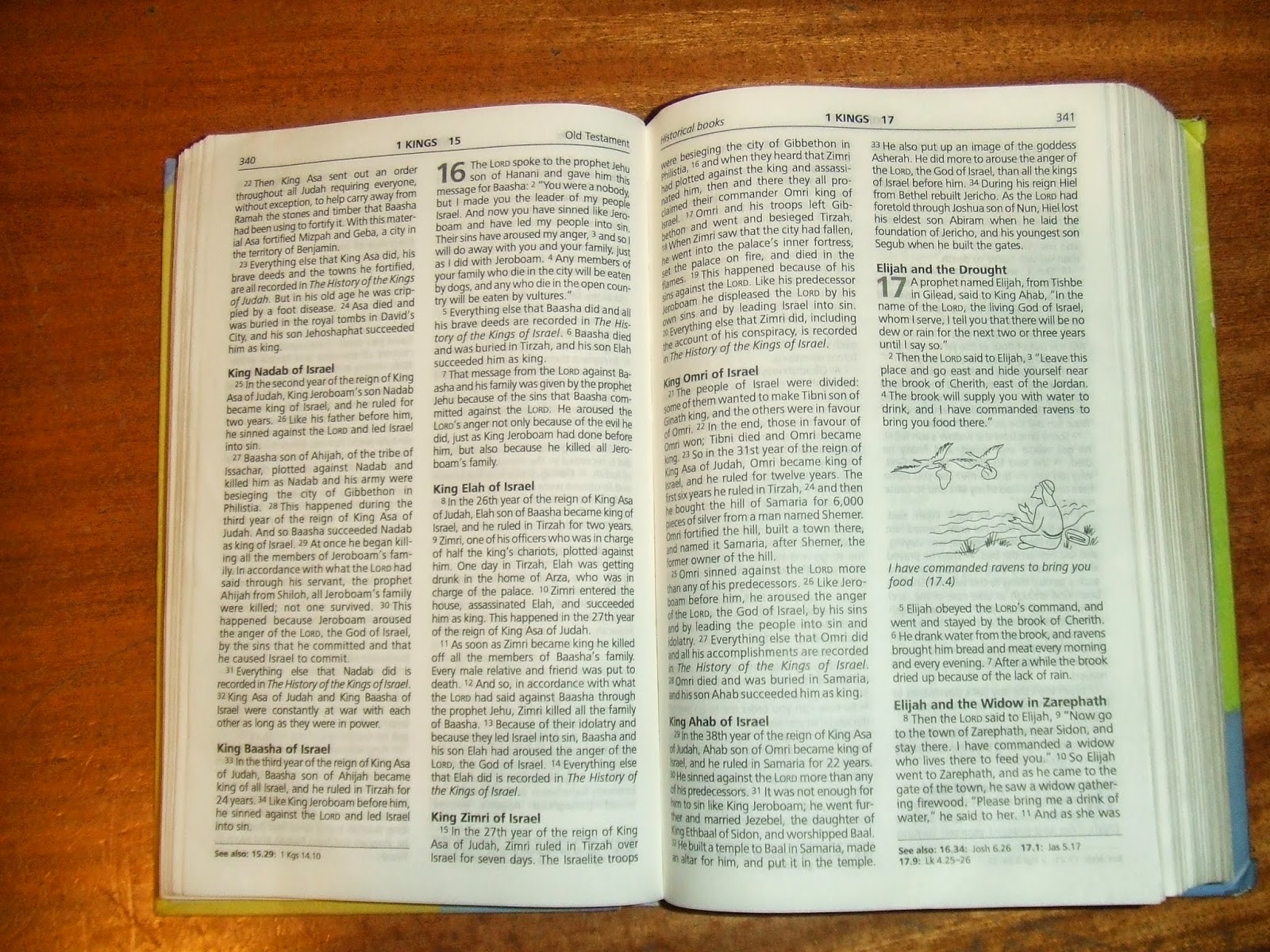 My acquaintance with Elijah comes not only from the story in Kings but also from having on several occasions sung in Mendelssohn's oratorio - more of an opera, I sometimes think, such is its high drama! There's that moment when Elijah, having done great works for God, is getting death threats from Jezebel. To solemn chords from the orchestra and a lone cello, he trudges wearily into a desert that is spiritual as well as geographical.  'Now take away my life,' he pleads. '...let me die, for my days are but vanity!' He has called down God's fire on the sacrifice, put Baal's prophets to the sword, and restored rain to Israel's fields; but the fickle Israelites have turned against both Elijah and the God he serves. 'O Lord, I have laboured in vain,' he laments. 'Yea, I have spent my strength for nought.'
The story is well enough known for me not to rehearse it here, and Elijah's reward seems, in the end, fitting for this valiant warrior of God, even avoiding death itself. But I wonder if anyone reading these posts has felt that they too have 'laboured in vain'? It's hard for us humans with our limited insight to see what the results of our efforts might be; we just have to 'cast our bread upon the waters,' trusting that '...in all things God works for good with those who love him, those whom he has called according to his purpose.' If we believe that God has called us to write for his glory, then we have to battle on regardless of the desert that seems at times to stretch out on every side. I know this to be true, but I can't claim always to have an untroubled faith that skims serenely over life's setbacks and lack of tangible achievement, and so I'm encouraged that even Elijah had his moments of deep doubt and certainty of failure.
In Mendelssohn's work he does at last gather himself up, assured that there were still 'seven thousand in Israel, knees which have not bowed to Baal', and sings, 'I go on my way in the strength of the Lord; for thou art my Lord, and I will suffer for thy sake.' And here I see that I have truly parted company with Elijah. He goes on in God's strength, not his own; and he is prepared for whatever God has in store for him, even suffering. Hundreds of years later, in Gethsemane, Jesus said, 'Not my will, however, but your will be done.' And we all know what happened next.
I wonder if I will ever truly learn this lesson.
Meanwhile, there are things we can do to help one another along on this sometimes lonely road: simple enough things like reading each other's work, posting reviews, commenting on blog posts, offering encouragement. It goes a long way. 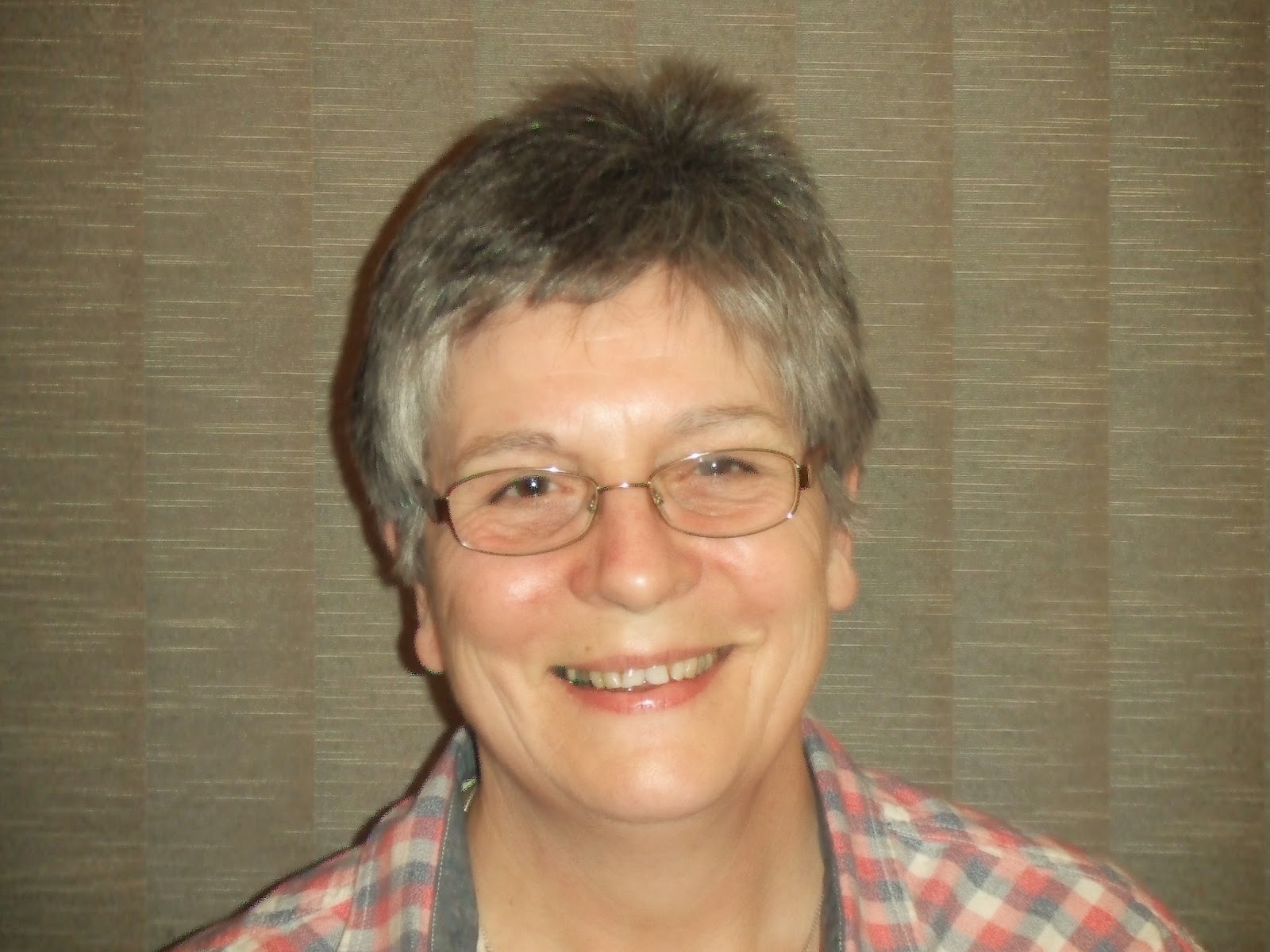 Sue Russell writes as S.L.Russell and has four novels in print: Leviathan with a Fish-hook, The Monster Behemoth, and The Land of Nimrod ( a trilogy) and recently a stand-alone, A Shed in a Cucumber Field. A fifth novel in a similar genre (contemporary British Christian fiction) is being edited and hopes to make its appearance later this year.
Sue blogs at www.suerussellsblog.blogspot.com and is frequently to be found haunting the corridors of facebook. She lives in Kent with her husband, two grown-up daughters and Rosie the dog. When not reading, writing, gardening or visiting her place in France, she is an  amateur singer and church organist.
ACW called to God's service Elijah more than writers S.L.Russell the wilderness writing for his glory