Are all our hungers satisfied … are we reaching hungry readers? by Clare Weiner 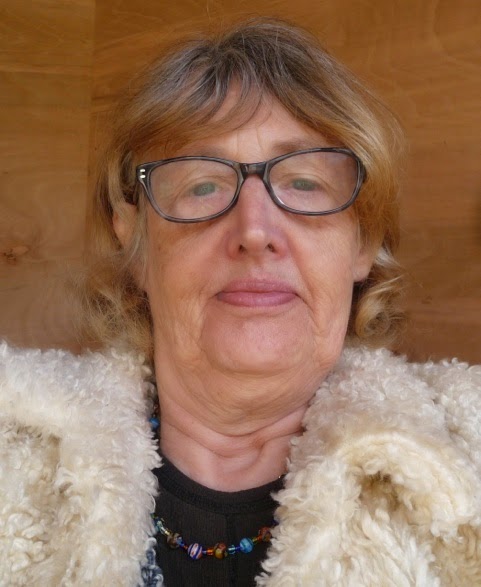 A jumping-off point for a blog piece is always useful, and I'd used as a starting point a phrase from the Lent Book I read this year, which followed the Lord's Prayer, a different sentence each week. The phrase is from the section 'Give us this day our daily bread', in which we considered God's provision for human needs. The greatest human need, bought for us on Good Friday, is the gift of eternal life … and the writer, leading up to this, says that 'All our hungers are satisfied in Jesus…'

This is a theological statement, and a wide-ranging one. I had a think about it, and came up with Mary's song, where she states 'he has satisfied the poor, and the rich he has sent hungry away …' (Luke 1 vv. 46-55) and that other song, in the Old Testament, Hannah's song after the birth of her son, Samuel (1 Sam. 2 vv.1-3). In Hannah's case, her hunger to be accepted as a 'real woman', only to be satisfied if she gave birth to a baby and hopefully a male one, was indeed satisfied after much prayer by God's gift. In Mary's case, the hunger was not for a child … it appears from the song that possibly Mary already had a concern or hunger for the poor and the marginalised, we might even make a guess that this was in part why she was given the amazing task and honour of becoming the mother of the Messiah. A messiah who would not be a rich and powerful king, alienated from his people, but one who ruled 'justly, loved mercy, and walked humbly with God' (Micah 6 v. 8).

As writers, what do we hunger for? As our Chair, Philip Davies, mentioned in his letter (Spring Magazine), writers are often almost overly concerned to 'get published'. So is publication an end in itself? Do we need recognition, to complete ourselves?

Isn't creation possibly an end in itself? Can writing be the 'therapy' which assembles and makes sense of thoughts? And not necessarily something which needs to be sent out into the world to find readers? Aren't our hungers already satisfied by the knowledge that we have eternal life through Jesus? Is that not what we have been celebrating over the Easter season?

And have you ever felt that a passive verb which is made up of 'getting' plus a participle is hungry for a neater, more active, less needy way to express itself?

Publication - to spread the news … to make it public. A great feeling, to see our books as real objects, even greater to be unable to count readers, there are so many … Creativity itself is a hunger or desire: the desire to make patterns from disparate objects or thoughts. Creativity is also a quality or aspect of our God. All we do is like mere imitation of what he has done, using his bright materials to create meaningful patterns. And there are hungers out there, people hungry to make a meaningful pattern from a chaotic world. Possibly never more so.

Published we may be, but reaching readers? There's another question: are we 'getting the word out'? Is our writing a gift used to God's purpose? Does it satisfy our hunger - or the reader's?

Clare Weiner, (as Mari Howard), writes contemporary, family-based fiction exploring change, diversity, and reconciliation, using her background in social sciences and religion. Think Joanna Trollope or JoJo Moyes, though influences include Kamila Shamsie and Khalid Hosseini, and like them she observes and critiques her own cultural traditions, the clashes and the outcomes. Clare believes in writing 'crossover' which gives a balanced view of today's Christians living closely alongside convinced secularists and diversities of beliefs.

She has 3 grown children, no grandkids, 3 cats and a long-suffering husband, was born a Londoner, studied in Newcastle, and now lives in Oxford. To escape the compulsion of writing, she is also a painter, likes gardening, spending time with friends (& retail therapy), and helps organise her church walking and Exploring Spirituality groups.