What's that smell? by Fiona Lloyd


Right, then: what do you think of this? 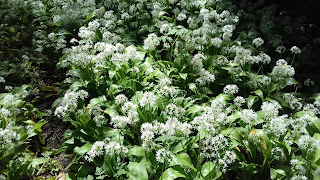 For those of you who don’t recognise it, this is allium ursinum – or wild garlic – and its dainty white flowers and not-so-dainty aroma permeate British woodlands at this time of year.


To my mind, however, it’s not quite so pungent as its more widely recognised cousin, allium sativum, which is the usual garlic you find in the supermarket. Personally, I rather like the smell of both varieties, and use enough of the regular stuff in my cooking to send any level-headed vampire running for cover. 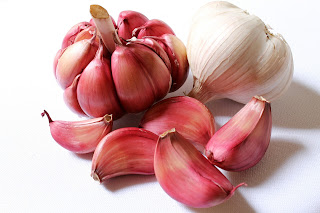 I’m pretty sure, though, that while a large number of you are now licking your lips and nodding in agreement, others will be grimacing and making a mental note not to sit too close to me in future. Garlic – like that well-known yeast-extract product – is one of those things that divides opinion.


But wouldn’t life be boring if we were all the same? Some people like garlic; others loathe it. There are those who think a perfect Saturday afternoon involves watching 22 grown men chase a ball up and down a muddy field…but I’m not one of them. My tastes in music tend to lag about 200 years behind those of the general populace, but that doesn’t make my preferences any less valid.


One of the mantras beloved of writing courses everywhere is to think about your target audience.  It’s not realistic to expect that our writing will appeal to everyone, and yet so often we start off with only a vague idea of who it is we’re writing for. If we worry too much about people not liking our work, there’s a danger we’ll never share it with anyone. Either that, or our words become so insipid that they lose their ability to hold the reader’s attention. We need to continually remind ourselves that it’s okay to divide the critics: if our intended readership enjoys and / or benefits from our writing, it doesn’t really matter if others are less enamoured.


And after all, who wants to be bland?

Fiona Lloyd works part-time as a music teacher, and serves on the worship leading team at her local church. Fiona self-published a violin tutor book in 2013 and blogs at www.fjlloyd.wordpress.com and at http://thejesusonthebus.blogspot.co.uk. You can find her on Twitter at @FionaJLloyd. Fiona is vice-chair of ACW and is married with three grown-up children.