By Andrew J Chamberlain - May 12, 2017
Last year there were two major shocks to millions of people in the West: Britain voted to leave the European Union and Donald Trump was elected as the President of the United States. One reason why these outcomes seemed so shocking, for those who were disappointed and even for some who were pleased with these results, was because much of the polling before both events turned out to be
wrong. 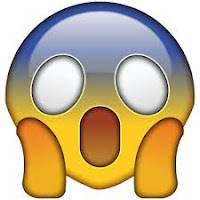 The other reason for the shock was that so many of us had substituted discussion and debate about the merits of a course of action with a retreat into our own tribe where we could reinforce our certainty that we were right and the others were wrong, and not only were they wrong but they were fools or idiots or evil, and that our way was self-evidently right, beyond the point of debate. Social media has only exacerbated this problem, with its ability to turn a tribe into a mob, and its tendency to encourage outrage and vitriol over debate and civil disagreement.
For us Christians the problem is more pressing than it might be for other people. Others can stay in their tribe, their bubble, and mutter together, but if we belong to a church community, we must face coming back to our most important tribe, and there we may find examples of the very people who, in other circumstances, we were accusing of being fools or wrong, or even evil. 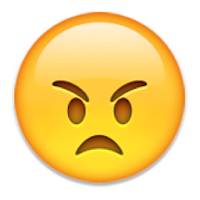 When we are confronted by brothers and sisters who we care about and love but whose views are completely at odds with our own, we feel pain We are confronted by a kind of dissonance that requires us to re-evaluate who we are, what we believe, and crucially how we deal with the people around us. The naïve leftie liberal and the right-wing bigot find themselves sharing the peace, and then sharing the body of Christ. Jesus’s sacrifice for his bickering, fractious children may shame us. To retain any integrity, we must reconcile.
The pain we feel at this moment is a good pain, it’s a pain we need to feel. It’s a healthy torment. We should not be afraid to engage with the brother or sister who amazes us with their attitudes, rather we need to engage with them.
To help us do this the bible gives us some practical suggestions. The most appropriate one for the social media age, I think is St Paul’s exhortation to the Ephesians: “speak the truth in love” (Ephesians Ch4 v15) I think this is an imperative for Christians in the social media age. It doesn’t mean we avoid the subject or tip-toe around it, this advice contains the tension we find in much divine wisdom: speak the truth, but do it in love.

The other practical advice comes from Christ in the gospel of Matthew. If you have something against your brother (or sister) reconcile with them before you offer your gift at the altar (Matthew Ch5 vv23-24).


If we are functioning as we should with others, Christian or not, we will face the helpful challenge of bearing with, and reconciling with the most outrageous people. If at times we feel the challenge to be too much for us, we can console ourselves with the fact that when we feel the enormity of Christ’s expectations, we have ventured out from the bunker, and are on the right track.
#AndrewJChamberlain reconciliation social media bunker