We Will Survive by Rosemary Johnson

By Rosemary Johnson - May 13, 2017
Has your writing never been rejected?

What?  No?  I don’t believe you.  All writers receive rejections.  A successful women’s magazine writer told me that she received acceptances and rejections in a ratio of one to three.  One of the standard warnings given to new writers is that they must expect their submitted work to be rejected.  The underlying message in this warning is that the poor aspiring newbie must toughen up, but rejection hurts, in love, in friendships, at work, and especially when some (obviously) stupid editor has sent us the ‘not for us’ email in respect of the piece of writing into which we have poured our heart and soul. 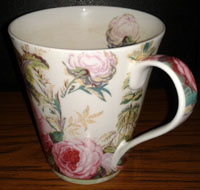 Some scribblers stop submitting for publication after two or three goes, or post their work (available to read for free) on their blogs, and some, unable to bear the treadmill of the subbing process, don’t sub at all.  But, if we want to people to read what we write, we have to cope with the possibility of rejection.

I asked some of my writer friends on Facebook how they dealt with rejection; their strategies included rants, walks (aka sulks), ‘deep breaths’ and cups of tea.  Another thing you might do is to play some rousing and uplifting music, like Gloria Gaynor’s 1970s hit, ‘I Will Survive’, for instance.  If you’re in your house alone, turn it up loud, let it throb and thump through the floorboards, and dance like nobody is watching.  “Lie down and die”?  Not us!  We will survive.  We will listen to what our critics say, weigh their critical comments, perhaps seeking further feedback, but we won’t dwell on them too much.  We will survive.  We will move on and sub again.  The more we sub, the greater the chance that our next reply will be an acceptance.

Gloria Gaynor, by the way, is a Christian, although she wasn’t at the time she brought out ‘I Will Survive’.  After she became successful, she got into drugs and drink, but one day she felt someone grabbing her by the collar and pulling her up, saying, “That is enough’.  Immediately afterwards, she locked herself in the bathroom, crying “Oh my God, oh my God,” until she realised who it was: God.  Later this year, she will debut her new gospel album.


For me, ‘I Will Survive’ - words and music - is full of hope, one of the three things which remain (1 Corinthians 13).  It’s taken me a long time to work out why hope is up there with faith and love, but I realise that we need hope to keep us going.  We are able to keep putting your work out there, writers, because we are indeed more than writers.  Our self-respect is not bound up in seeing our work published, nor can it be deflated by rejection emails.  We are children of God, loved by God, and God, like any loving father, reads everything we write - although His red pen is different.

Rosemary Johnson has had many short stories published, in print and online, amongst other places, in Alfie Dog Fiction, The Copperfield Review, Circa and Every Day Fiction.  In real life, she is a part-time IT tutor, living in Suffolk with her husband and cat.  Her cat supports her writing by sitting on her keyboard and deleting large portions of text.