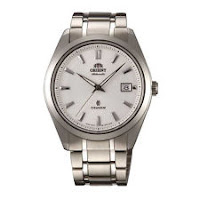 
So many friends, family and church members have their birthdays this month.  In counting back nine months I realised factories would close down their production lines for two weeks in August to give their staff the obligatory two weeks annual holiday, the rest is history!  Christmas has the same effect. My husband’s sister had three of her four children nine months on!  However, my theory breaks down when my brother-in-law's birthday is 31st December, mine on 1st January, a great nephew 2nd January, and my-sister-in-law on the 3rd.

In a few decades there have been huge changes in when and how a woman can control conception.  And for those previously unable to conceive there’s hope with IVF treatment.  Yet despite this thousands of babies each year are condemned to death before they have a chance to live.

But overall death is still very much in God’s hands. This month we have said ‘goodbye’ to two people, one who fell short of one hundred years, and the other falling short by ten days of his 60th birthday.   Steve only found out he was riddled with cancer twenty-four hours before the Lord took him home.  His words, “If I get healed, or if I die, it’s a win win situation.”  The Bible tells us that God knows our name before we were born, and He has a plan and purpose for each of us.  It has caused me to consider my life, and desire for each day to count for Him.

Only I know how my latest book will end.  I've a 'bucket' list of people and places to visit.  What is God’s list for me to do before that day comes?  I want to reveal His love and salvation in all my writing, for in this life we are meant to have a deep and meaningful relationship with the Lord in preparation for when the next one begins?

Shocked by Steve’s diagnosis, the Lord reminded me of the scripture “Behold I stand at the door and knock if anyone hears my voice and opens the door I will come in and sup with him and he with me.”  In my mind’s eye I ‘saw’ Steve open that door, immediately light flooded in encompassing him.  I had the inner realisation that even though Steve had known the Lord most of his life, he needed time to imbibe that love, peace, glory of the Lord and was in the final preparation of meeting with Him. Twelve hours later, those in the room with Steve felt the Presence of God overflowing from him, they sensed his earthly discussions, perhaps a final cleansing, before he stepped over the threshold into the fullness of the light and all that was awaiting him.

How good to be in, and know, God’s timing.
Christianity Death life