Not all the words (please), by Ben Jeapes 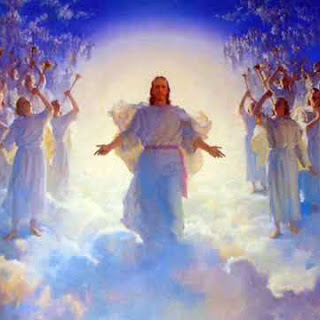 You ought not to have to fight an attack of giggles in an Advent service. But …

The songs were a mixture of old and new, worship band and organ, quite effective, appealing to young whippersnappers and old crusties alike. The grand finale was “Lo! He comes with clouds descending”, old-style on the organ with every stop pulled out and the building vibrating. Great stuff! I have been known to sing the last verse of that one with tears in my eyes. The right sort of tears.

This time, though, it began to dawn on me after a week or so of singing that there were an awful lot of verses and we were singing them very slowly. I yield to few in my admiration for Charles Wesley but this was not one of his finest hours.

And then the drummer came crashing in, round about verse 497, not just tapping out the rhythm but actively using the entire kit, every drum and cymbal and wall and radiator and anything else in striking distance. It didn’t speed things up but it suddenly felt a lot faster. The rest of the band finally joined in too and we all joyfully went into the final straight with the church gently vibrating its way up into heaven. Fantastic!

But the giggles? Oh yes. Here’s the verse where Wesley was really chewing the carpet. Honestly, you try and sing this in a cheerful, upbeat manner with a straight face:


As you probably know, the last word of the second line is always drawn out over at least two syllables, so this came out as ‘do-o-m’. Private Frazer would have been proud.

Why, I had to ask, did they go with this particular version of the hymn? Two equally plausible answers come to mind. One, the service was arranged by theology students and they were trying to make some kind of point. Two, they got it out of an old hymnbook and those were the words.

Honestly: I would say to them, and to Wesley, and to anyone else who asks, you don’t need all the words. I recently critiqued a collection of autobiographical short stories written with a view to publication by a man who has lived a varied and interesting life. One of my points was that the stories get hobbled when he throws in everything that happened. It makes sense to him – he was there, this is how it is in his head – but to the readers, many details are simply irrelevant; and, worse; they interrupt the flow of what the narrative is really about. You can delight and inform and entice them with just the right number of words. The more you leave out, the more you get them to engage their imaginations which they can wrap around the bones of the story that you have disclosed.

Elsewhere in town, Maddy Prior was playing. I bet she never sings about gen’ral doom. There again, we got mulled wine and mince pies. Call it a draw.

Ben Jeapes took up writing in the mistaken belief that it would be easier than a real job (it isn’t). Hence, as well as being the author of 5 novels and co-author of many more, he has also been a journal editor, book publisher, and technical writer. www.benjeapes.com
Advent doom words Writing