The labourer is worthy of their hire, by Ben Jeapes 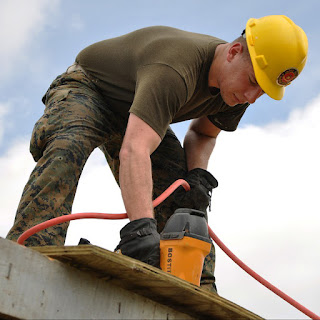 “If you think hiring a professional is expensive,” said the freelancer website I was looking at, “try hiring an amateur!”

This was in the FAQs; their response to “I think your rates are too high”.

Quite. My least-favourite ever neighbour pushed the command to love him to its absolute limits with his insistence on spending a pound to save a penny. Whenever he wanted work done on his flat, he headed straight for the cheapest, most bottom-dollar cowboys he could get to do the job. Then he would find even cheaper cowboys to make good on their poor workmanship, and so on. He lived in the flat above us and the consequences often quite literally trickled down.

Proper work is worth proper pay. Christian writers are doubly disadvantaged when it comes to insisting on this. First, we are creatives and it’s a sad fact that creatives of any kind tend to sink to the bottom of people’s priorities. We might get hired for a festival or a talk, where everything else is paid for: the venue, the utilities, the catering … but somehow we’re expected to use up the time we could be spending earning for free. And second, because we’re Christians – well, we know we’re doing this for God, don’t we? Doesn’t filthy lucre kind of soil the purity of the mission? (And if we’re English Christians then we have it triply bad, because we hate to make a fuss.)

Well, no. The Bible is fully with us on this. Don’t muzzle the ox grinding the grain; the worker is worth their hire. Expecting fair payment is entirely consistent with our Christian faith; it’s part of our witness. (And, of course, the straightforward, fuss-free, deadline-observing way that we turn our superlative work in will give even more glory to the Lord, right?)

I have worked cheap myself, or for expenses only – for occasions that I deem special enough to rate it. It’s my decision; it’s not one that anyone gets to impose on me.

Be a Christian witness, demand fair payment for your work – and make sure your work is worth it.

Ben Jeapes took up writing in the mistaken belief that it would be easier than a real job (it isn’t). Hence, as well as being the author of 5 novels and co-author of many more, he has also been a journal editor, book publisher, and technical writer. www.benjeapes.com
Creativity hire pay Writing