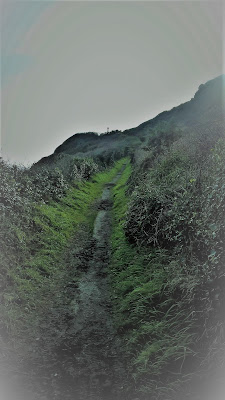 What do you do for inspiration for pieces when you haven’t been given a theme? Do ideas come easily or is it an uphill slog?

Personally, with my blog, I work better to a set structure, like the Five Minute Friday word prompts or the Jesse Tree Advent series I set for myself. Then there was the year long discipline I gave myself to write about one blessing a week, as much a spiritual discipline as anything for a jar-half-empty person like me.

When I started on the morethanwriters blog, I planned to use the date as my prompt. That first month – 14th February – was easy. I thought March would be straightforward too – my grandmother’s birthday – but I strayed from the discipline I had set myself and only now do I find myself returning to it.

So what have been the significant events of this date in history? It’s a varied and fascinating list:

2017 Parliamentary citizenship scandal in Australia after the Deputy PM is revealed to be a New Zealand citizen (Could I write about our true citizenship as Christians?)

2016 Gold medals in the Rio Olympics for Andy Murray, Justin Rose, and Usain Bolt (What about the sporting references in Paul’s letters exhorting us to excellence and stamina?)

1994 Hubble telescope photographs Uranus with rings (The glories of creation?)

1971 Bahrain proclaims independence after 110 years of British rule (A story from my father’s RAF posting here in the 1940s?)

1960 UN peace-keeping troops deployed to the Republic of Congo (Something from my short term mission experience in neighbouring Rwanda?)

1908 The first beauty contest is held in Folkestone. (Esther – the Biblical beauty queen, the new Miss England a trained doctor, prompt thoughts on how we use our talents and opportunities)

1880 Construction of Cologne Cathedral completed after it began in 1248 - largest Gothic cathedral in Northern Europe (This is the standout for me. 632 years in the making, an epic work of collaboration and teamwork, but what a result. It must be an encouragement to keep going when we feel stuck or can’t see over the horizon, that God’s plans will reach their completion)

1585 Queen Elizabeth I of England refuses sovereignty of Netherlands (How do we decide whether to accept opportunities offered us or not?)

1040 King Duncan I of Scotland killed in battle against his cousin and rival Macbeth, not murdered in his sleep as in Shakespeare's play.  (The writer’s potential to manipulate truth and change reputations, e.g. American WWII movies?)

Well, that might keep me going for August for the next few years on this blog! But what’s prompting or inspiring you at the moment?