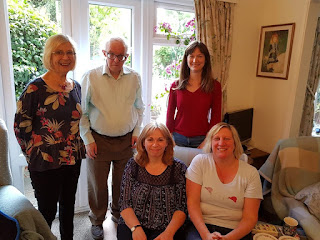 
I’ve always said I’d rather read fiction with great characters and a weak plot than something with a tightly-woven plot and characters I don’t like. Of course, it’s when strong plots and characters combine that we really get something which is a joy to read. Still, we’re much more likely to be able to respond to the emotions and responses of characters than to their situations. I’ve never had to flee supernatural beings or destroy a ring to save the world, like Frodo in the Lord of the Rings. However, I can identify with drawing strength from close friends, worrying about decisions and grieving the unexpected loss of a friend, just as he does. If your reader can identify with a character and their development, this will draw them through the story.


The experts agree. In ‘The Writer’s Journey’, Christopher Vogler says that the hero is often the character who ‘…learns or grows the most in the course of the story’. Stephen King’s memoir, On Writing, discusses how, ‘…the best stories always end up being about the people rather than the event…’ A good story should raise a question: How will she overcome that? Will he escape the monster? Who will get together? Answering it effectively will only happen if the character changes enough to deal with and impact events in a meaningful way.

How can an author do this? If a character is going to develop, then they can’t be perfect to start with. They must have faults which they will learn to overcome as the story unfolds. Secondary characters often help with this, shining a light on behaviour that the main character might be oblivious to. There has to be a clear motivation to change as well, whether that is defeating an ancient evil or finding the perfect partner. This is where character drives plot and suddenly you have a story! In our own lives, we should consider who our ‘supporting characters’ are and if/how we allow them to shine light on our character. Do we also do the same for others?


The Bible also uses examples of character to encourage us. From Sunday morning sermons to RE lessons, much of our Bible learning is based on stories. We can draw inspiration from ordinary people whose characters were transformed by their relationship with an extraordinary God. Both the accounts of historical figures and the parables enable us to think ‘I’ve felt like that’ and to therefore also consider ‘I could react like that’. The prodigal son speaks to us about a character who has made mistakes, something we can all identify with. Yet he also comes home and that forces us to wonder if we too could ask forgiveness, could change our ways, could live in hope.

If God is the author of our faith, are we alert to where He is trying to shape our character?

Rebecca Seaton gained second place in Pen to Print’s 2018 Book Challenge with her first novel, A Silent Song. She manages a behaviour recovery provision for primary children and writes for Write On! magazine, the second edition of which is out next month. 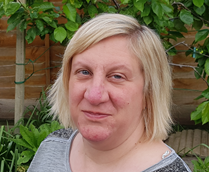