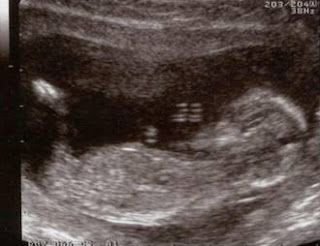 Do you want to read about an extremely young and immature church, barely prepared for any of the harsh realities of life?

Look no further than Acts 2.42-47 - the familiar passage about the idyllic, almost utopian early church in Jerusalem, immediately after the first Pentecost, so often held up as an exemplar of what the church should be.

I can’t claim credit for this insight: it came in a sermon I was reading on the passage. Now, finally, I can read about this church without feeling inferior.

We have a church with no proper leadership structure. Leadership is based on whether you knew Jesus or not in the flesh.

The believers sell their property and possessions to give to anyone who had need - which is great, but also unsustainable. There is no regular giving to help the church plan and budget, and maybe tackle the reasons people are in need in the first place.

Evangelism is through the preaching of the apostles. There is no formal missions programme.

It’s exclusively Jewish. All the 3,000 people earlier in Acts 2 who heard the apostles preaching on Pentecost and became Christian … were Jewish, in Jerusalem for the festival. Despite everything they had been through with Jesus, the church will still bang its collective head against this problem throughout Acts.

Soon, this church will suffer the most terrible persecution, which will drive believers out into the world to plant other churches. After the end of Acts, Jerusalem will be wiped out and the church destroyed. But by then there are churches planted all over the Middle East.

So they must have been doing something right …

Of course they were. They followed the apostles’ teaching; they met in the temple courts AND in each other’s homes (so, communal AND small group worship and support); they were fuelled by the Holy Spirit and powered by an amazing level of love for one another. They had all the right bits in place to become the church Jesus intended, to out into all the world and make disciples. But it’s not there yet.

The guy in the scan picture (a family member, but not me!) is now 6 feet tall and a champion fencer, amongst other accomplishments. You wouldn’t know it from his first picture - but why should you? Yet it’s all there, known to God in advance and us only in retrospect.

It’s all a matter of where you chose to start the story.