By Veronica Zundel - March 19, 2017
It's been a funny old day today. Nine a.m. on a Saturday is not normally a time I recognize as existing, except in my dreams. However, that's the time I needed to be at a central London hospital this morning, for an echocardiogram (ultrasound of the heart, which confusingly has the same initials as an ECG which is something entirely different). Anyway, I made it fifteen minutes early in spite of the usual weekend Tube closures, and it was established sufficiently clearly that I have a heart . This was preparatory to next Tuesday when I have to check into another central London hospital for a brain biopsy, presumably to check whether I have a brain too (I wonder if they have a test for courage?).

After briefly touching base at home, long enough to check emails and have lunch, I was off in the other direction, to a part of London that is almost Hertfordshire, to attend the prizegiving for a local (but respected) poetry competition in which all three poems I submitted have been commended. This is not the most exciting occasion in the world, since for some strange reason every winner and commended poet has to read out their poem(s) twice, which must have been tedious for my audience. It is, however, a good opportunity to connect with poetry friends, some of whom are also Christians, and is about as much of the poetry 'scene' as I can stand in one bite. 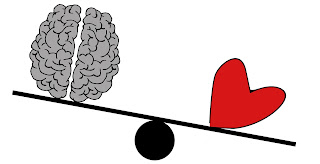 It occurred to me on getting home again (to a dinner cooked by my husband, oh joy!), that today has been a sort of microcosm of the requirements for a Christian writer - or perhaps, for any writer. What more can we need than a heart, a brain, and a community? The heart, of course, is vital to life - if we write without sincerely felt emotion, without compassion both for our characters or subjects and for our readers, we will be at best dull and at worst cynical.

The brain, however, is equally vital. Without clear thought and intelligent critique both of the world (which includes the church) and of ourselves, we will risk being sentimental, mushy and rather sick-making. There is only so much sincerely felt emotion the stomach can stand before it longs for the bracing peppermint oil of a sharp incisive mind. 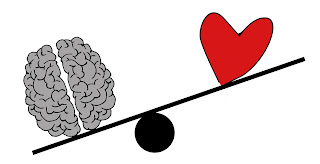 And what of the community? Writing, as I have no doubt mentioned before, is a solitary pursuit not always congenial to an extrovert like me, and it also offers unlimited opportunity to wander off into an ethereal haze of one's own supposed genius. Knowing what other writers are up to, and especially allowing them to feed back on our work at a higher level than 'That's lovely', is essential. And, come to think of it, that's pretty much what the More than Writers blog is all about.

So on reflection, perhaps this has been a perfect day for a writer. Although I could have done without the pain of the ultrasound thingy (what is it called? a wand?) digging into my left breast. At least I know now where my heart is.

Veronica Zundel is a freelance writer whose latest book is Everything I know about God, I've learned from being a parent (BRF 2013). She also writes a column for Woman Alive magazine, and Bible notes for BRF's New Daylight. Veronica used to belong to what was, before it closed, the only non-conservative, English speaking Mennonite church in the UK, and is currently playing at being a high Anglican. She also blogs (rather occasionally!) at reversedstandard.com