Playing our part by Sue Russell

By Aggie C - September 20, 2015
I seem to have a great deal of trouble thinking what to write for these blog posts - so much so that I felt obliged to bail out in August. Wendy is very forgiving and found someone else for the slot. So when I found myself once again without inspiration and with a day to go, I asked for divine help (while trudging round a wet field with my dog.) The word that came to me was 'stewardship.'

That's a big subject and one on which many of us will have heard a few sermons. My twopenny-worth will be flimsy by comparison. But...

I recently came back from a trip to Italy, soaked in Roman and Renaissance art. The majority was done as commissions from the wealthy and influential, often in churches and on Biblical themes. (I wondered what the many tourists of non-European background made of some of  those Old Testament stories.) As I gazed appreciatively at works both iconic and less familiar, I found myself thinking about motivation. Did the makers of this sculpture or that fresco consciously dedicate their art to the honour of God? Or were they more concerned with whether they'd be paid in time to keep the landlord at bay? We can't know, in most cases, and perhaps it doesn't matter; perhaps motivation is a secret between the creature and his or her Maker. What they couldn't have known was what impact their work would have on so many people - and, of course, neither can we. It's useless, if tempting, to speculate, even though, as writers, speculation is part of our daily diet. 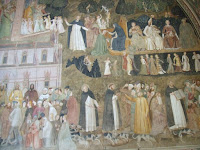 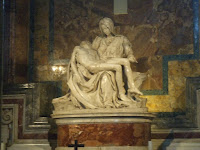 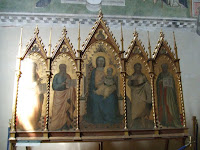 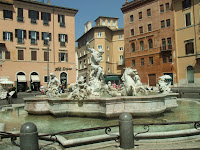 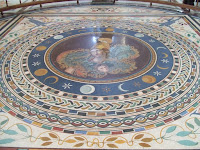 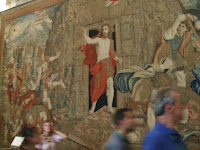 I have been guilty of airy dreaming, of harbouring big, unrealistic ideas, and I'm probably not alone in this. But I'm sure it was not what I was called (and, I hope, equipped) to do. Having found our gifts, we are supposed to hone them and use them for the glory of God - aren't we? Not lounge around thinking about who might read our prose or verse, vainly wishing someone would post an admiring review.

For most of us God's calling is to something relatively small. Few of us can rise to the stature of a Michelangelo or a Dante. But we each have something to contribute, and it is ours alone. This is at once humbling and liberating. We are not called to do everything, just our thing. As we contemplate the works of great masters, if we have eyes to see, we may gain some new insight, some new inspiration. So it is with our more modest offerings. If we faithfully fulfil our calling, God can and will magnify it many-fold. We can leave all ideas of what we leave behind with One who has all knowledge and all wisdom.

And that leads me to remember that I have editing to do, and have procrastinated too long!