Bloom & Grow - Where You're Planted! 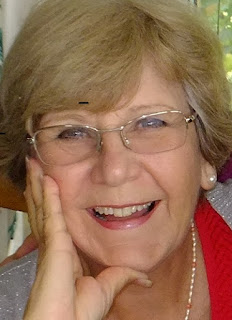 Following a recent appeal in church, my husband, Paul, and I set off one Wednesday for a training session to work in The Cottage Café.  Established thirty years ago, it has faithfully fulfilled its purpose of being a service to the local community, as well as raising huge sums of money for Third World projects.  From the moment I served the first customer when we opened at 10 a.m. I loved it.  Dressed in my pinafore and armed with my order pad and pen, I greeted her with a smile and a comment, and was immediately rewarded with some personal details of what she was facing that day.

‘May I pray with you?’ I asked, and I was thrilled with her response as I laid hands on her and, at her request, asked the Lord to ‘move her on.’

A quiet morning unfolded, but that didn’t matter.  Paul and I read and signed the Health & Safety requirements, learned the whereabouts of the list of allergens in the foods we provide, how to operate the till, microwaves, coffee machine and dishwasher and, crucially, the importance of presentation when preparing orders for food.  In addition, it was a great pleasure to witness the repartee between my usually retiring husband, Paul (an ex-teacher), and our trainer (a retired headmaster) as they did their Morcambe and Wise routine.


IN SERVICE - BUT NOT IN MINISTRY

Two hours into our shift, custom bucked up.  Again I loved it, interacting with customers, praying (silently) for them, taking orders, clearing dishes, wiping tables.  But an hour later, with every table taken and having cracked my hip bone against the worktop in the rush to meet everyone’s needs, I was barely able to endure the pain in my back and knew I wasn’t going to last the pace.  When the afternoon staff took over, I went home in tears.

An hour before I’d left home that morning, my doctor had rung me to give me the results of an x-ray I’d had.  Bursitis in my hip (swelling of the sac of fluid that protects the joints) due to a fall five months ago in April, was impacting on my lower back where there was evidence of degenerative disc disease (DDD).  In other words, my spine was knackered.

No surprise there, because I’d been in and out of hospital, on traction and in steel corsets, for years when my children were little.  But back in October 1976, two months before my marriage finally came to an end, I’d been healed.  After reading Dennis Bennet’s book, Nine O’Clock in the Morning, I’d prayed for three nights that I might be baptised in the Spirit.  On the third night, with no evidence of answered prayer, I gave in and told the Lord that I loved him and nothing else mattered.  Next morning, I woke praying in tongues and – for the first time in years – pain-free.  That glorious freedom continued for decades until I had my fall.

Now, after five months of trial and error with pain-relieving drugs - anti-inflammatories which make me sick, morphine patches which leave me with terrible depression, and tramadol which makes me feel spaced out – and the knowledge that I won’t be able to sign up to do my one morning a week at The Cottage Café, I felt utterly useless.  Having previously declared myself to being no more than thirty-five years of age in my head, I now felt my body was that of an old woman.  Washed up.  Hopeless. 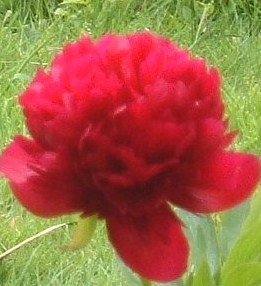 Two days later, I came across a post on Facebook.  Sometimes when you’re in a dark place you think you’ve been buried, but actually you’ve been planted,* it read.  And instantly I was reminded of a card I’d received from a dear friend, Lorna Cammock.  Bloom where you’re planted, it said.

And that’s the point, isn’t it?  God has gifted each of us differently.  My husband is going to be brilliant greeting customers in the café, taking orders, preparing food, serving it and raising money for those in need.  It’s no good my hankering after that, because it’s not the Lord’s purpose for my life.  In the quiet mornings when Paul is out of the house, I shall be writing - completing the next book in my Evie Adams series.  And as God has already shown me via the 5* reviews on Amazon,  plus the many emails I’ve received in praise of my last book, Time to Shine, being an author is my gifting.

So may I encourage you, as I try to reassure myself through this period of darkness and pain, to blossom and grow where you’re planted!  That, after all, is the only way we will bear fruit.  And it’s for that purpose we’ve been saved.

I am the true vine, and my Father is the gardener.  He cuts off every branch in me that bears no fruit, while every branch that does bear fruit he prunes so that it will be even more fruitful.  You are already clean because of the word I have spoken to you.  Remain in me, as I also remain in you. No branch can bear fruit by itself; it must remain in the vine. Neither can you bear fruit unless you remain in me. John 15: 1-4 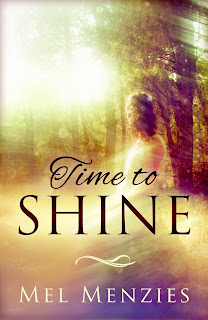 Merrilyn Williams, is the author of a number of traditionally published books, one of which was a bestseller, and she writes fiction under her maiden name, Mel Menzies.  Her latest novel, a psychological mystery, published by Malcolm Down Publishing, is set in Exeter and substitutes counselling practices for police procedures.


Recently retired as ACW Chair, Merrilyn is an inspirational speaker; has led writers’ workshops at The Hayes, Swanwick and elsewhere; and is sometimes asked to take part on BBC broadcasts on a wide range of topics, such as stepfamilies; drugs; godparents; and bereavement.  She blogs regularly on creative writing, speaking and relationships.  Her website www.melmenzies.co.uk An Author’s Look at Life, provides Resources to Inform, Inspire & Encourage.
Chat with her on: Twitter: https://twitter.com/MelMenzies

*Sometimes when you’re in a dark place you think you’ve been buried, but actually you’ve been planted, © Christine Caine