A Measure of Success

By Abbie - September 22, 2015
During this past month, in response to World Suicide Prevention Day, I shared a blog post that some of you may have read (if you haven't, it's here).

My blog isn't huge. I don't have an enormous following - out of sixty odd followers I have probably thirty who read regularly. This one post was read over 200 times, shared on Facebook and Twitter by people I don't even know, and garnered a response much larger than I expected. I guess you would call it successful.

Whatever our chosen field, the idea of success is something that attracts all of us. I often find myself striving for it, and yet I'm unsure of what it actually looks like.

And so my lingering thought this past couple of weeks has been, how do I define success?

Maybe it’s all in the numbers. Two hundred people is big for me. I know some people have a following of thousands, and don't even look at how much their posts have been read, but I admit that on a day when I publish something my eye sneaks back more often than it should to the number of people who've read it. There is a thrill in watching those numbers climb.

Feedback is alluring too. "That was a beautifully written post"; "Thanks for sharing,"; “Such an important message." These were among the fifty something responses I had to sharing the article. It was so encouraging to read them, especially because it was quite a personal post, and sharing it was really quite nerve wracking. Positive comments make me feel good about my work, but I’m not sure they point to a ‘successful’ post.

I’ve also had the experience of people knowing my name. When Secret Scars first came out I had a smattering of speaking engagements which once led to a stranger pointing at me and saying “You’re that self-harm girl!” As much as it wasn’t exactly a moniker I was keen to keep, there was something very satisfying about being ‘recognised’, and, when doing book plug in front of 3000 people, I certainly felt like I’d ‘made it.’

Not that my blog has (or ever will) make me any money, but there is also the appeal of being able to say I’m a ‘professional’ writer, and basing my view of success on my bank statements each month. I’ve written two books, both of which have sold moderately well in the niche Christian market. In some ways they are successful, but the money I’ve made from writing them certainly doesn’t suggest that in any standard way.

Whilst ruminating on this idea of success, I found a statement made on Twitter by Nicky Gumbel over two years ago:

Talent is God-given - be humble. Fame is man-given - be grateful. Conceit is self-given - be careful.

This really struck me. I sometimes get way too caught up in the numbers, money, or being well known. I forget that whatever I have comes from Him who gives good gifts, and my only job is to be thankful and to use what I've been given.


I got an email a couple of days after sharing my suicide post. One email, with just a few words that hit me like a battering ram: "I never realised there was hope until today." And so I make this resolution: touching people will be my measure of success. And as for the honour of being a messenger of hope - well I can't ask for anything more. 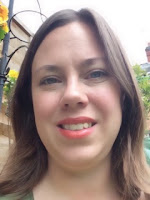 Abbie has been writing every since she could hold a pencil - her first self-published work was a short story about a magic key, which was displayed on the fridge. After struggling with self harm and eating disorders for a number of years she went on to write a memoir ‘Secret Scars’ published by Authentic in 2007, and later ‘Insight Into Self-Harm’ published by CWR in 2014. In 2007 she launched Adullam Ministries, an information and support website and forum on self-harm and related issues. She blogs at Pink and Blue Mummyland, tweets as @AbbieRobson and @AdullamSelfHarm, and is currently working on a book about mental health and the church. She lives in Rugby with husband John, two demanding children, and two even more demanding cats.