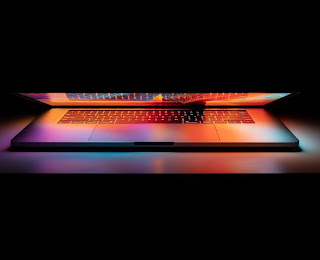 Rejoice with me, for I have a new computer! Its predecessor is 10 years old and slow as molasses on ice. This one is like lightning. Shiny, new!

That would be two suites of software, Microsoft Office and Adobe CS6. The former I paid for myself: I can guarantee it is 100% legal as I bought it from the Microsoft store. The latter was provided by a classic car club whose magazine I edit.

Microsoft now decided I haven’t given them enough money lately and refused to accept my fully valid licence number. It had been "retired". Or was it "discontinued"? Some euphemism for "you need to give us more money", anyway. There was no way around this: I could buy the suite entirely (again) or subscribe to the newest version for £79.99 a year. Every year. For as long as I want to keep using it.

And while I was still reeling from that, Adobe decided to get in on the act and also refuse to recognise my fully legal and paid-for copy of their software. No euphemisms for them: their customer support page outright said it was probably a pirate copy (it isn’t). They went on to demand £49.94 per month. Per blinkin’ month.

So now I had two software giants rewarding my decades-old loyalty by demanding money with menaces. Let’s just say my reaction was not what Paul had in mind when he wrote Titus 3.2.

But having peeled myself off the ceiling I decided Matthew 10.14 was a much better way.

I remembered that prior to procuring CS6 for me, the club had procured CS5. And I still had the discs, and Adobe did allow this one (presumably because it was old they couldn’t actually believe anyone uses it) and at my level of functionality it’s identical to its more grown-up brother. One problem solved.

Switching from Microsoft Office has been harder. I’ve started using Libreoffice, which if I imagine I’ve gone back in time 20 years is exactly like using Word. It saves in Office format, so everything I do is compatible with all my clients still.

Guess what, brothers and sisters, it turns out the latest is not the greatest and we don’t need shiny and new. We need what is sufficient to let us keep going. I’ve discovered the digital equivalent of receiving my daily bread, which is the most anyone has a right to ask God for.

Ben Jeapes took up writing in the mistaken belief that it would be easier than a real job (it isn’t). Hence, as well as being the author of 5 novels and co-author of many more, he has also been a journal editor, book publisher, and technical writer. www.benjeapes.com
Computers daily bread software