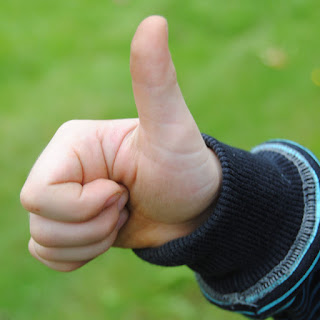 Because to understand them properly, you have to perform exegesis – discern exactly what the original author meant at the time of writing. Only then can you perform hermeneutics – applying the meaning then to your situation now.

For example, as a Young Adult author I’ve received fanmail from young, impressionable readers who assure me that I’m the best author since J.K. Rowling! I don’t want to laugh – I’m sure they are entirely sincere, I’m delighted they enjoyed my book and I’m flattered that they felt moved to write. Unfortunately, I also know full well that what they mean is I’m the only author they’ve read other than J.K. Rowling. Or if not the only, one of not very many. I don’t let it go to my head.

In the early 70s, Arthur C. Clarke wrote one of the great science fiction novels of the twentieth century, Rendezvous with Rama. In the late 80s, the same Clarke with a co-author helped perpetrate a trilogy of the least important science fiction novels ever – three Rama sequels, starting with Rama II. The point: one Amazon reviewer said of my novel His Majesty’s Starship that the plot was similar to Rama II (it isn’t) but the characterisation wasn’t as good. Which could have hurt … until I asked myself why I could possibly care about the opinion of someone whose yardstick of excellence was that terrible trilogy. I don’t let it go to my heart.

(Iris Murdoch apparently said that getting a bad review was even less important than whether it was raining in Patagonia. Just Google the phrase “author meltdown” for some cautionary tales of authors taking bad reviews to heart. I’m with Iris, and also Rudyard Kipling: “I always prefer to believe the best of everybody; it saves so much trouble.”)

Sometimes, however, you don’t need to exegete, which brings me to the whole point of writing this: a desire to share some general fuzzy happiness. Someone in the Twitter verse sent a link for the Kindle His Majesty’s Starship to someone else, and that caught the attention of Mention (which incidentally is very good way of getting alerted when people talk about you – streets ahead of Google Alert), which mentioned it to me. So out of interest I did what I really ought to have done sooner and clocked a look at my own Kindle page.

Not many reviews, but all positive. More to the point, they struck a personal chord. There’s the guy who says he met me and promised to read one of my books. I remember him - a US serviceman returning to his post in Europe, sitting next to me on a flight back from Chicago. And there’s a guy who sent an email of appreciation, slightly better grounded than the above examples, which I replied to. He mentions this in his review. Gosh, there really are nice people out there, and it’s a handy reminder – not that one should be needed – of how being nice to others can make the niceness come back on you.