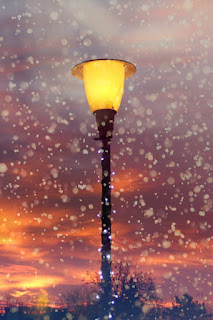 “Where do you get your ideas?”

It’s probably the most frequently asked question in interviews with authors. Have you ever been asked it? Perhaps you have an answer up your sleeve, ready to pull out as soon as it comes up?

I expect I’d say something fancy if I were in a real interview, but the honest answer would probably be: in the shower. Or hoovering. Or driving. I’d probably say walking, if I had enough time in my life to go for a long, solitary walk.

All these activities, of course, release the conscious and subconscious parts of the mind to go wandering off by themselves, an experience which is becoming ever rarer in an age when technology never allows us to feel bored. I don’t know about you, but I have to fight myself for it. I frequently find myself reaching for my internet-connected phone in a waiting room, or while eating lunch by myself, or even during a commercial break while watching something else. I know - isn’t that horrifying? All those precious minutes of boredom wasted. There are seeds of ideas in me just waiting to spring up, but they often need watering with sheer tedium.

Beyond that, though, I don’t know where I get my ideas - or at least, I can’t describe how it is that they eventually come together and create something worth reading. The closest I can get to it is the following poem, which I wrote standing by a window and watching snow falling. How about you?


Inspiration falls like snow
which swirls and never seems to land;
flakes that dance in ebb and flow
but melt when studied on my hand
and yet, a child who did not know
might think an artist deftly planned
the resting places of the snow:
the deep white softness of the land
the sifted moonlight's mirrored glow
the accents on the trees that stand
and dust the sugared hedge below.
I have begun to understand
in poetry, exactly so,
inspiration falls like snow.

Amy Robinson, the publicity officer for ACW, is a writer, performance storyteller and ventriloquist. Her latest book was The First King of England in a Dress, the novel of a play by Chip Colquhoun. She has written three books about puppetry and storytelling, published by Kevin Mayhew, and provides scripts and materials for GenR8, a Cambridgeshire charity running Christian assemblies and events in schools.
boredom ideas inspiration poem Poetry snow technology