All in a Spin by Emily Owen


An engineer came to fix the stubbornly-refusing-to-spin washing machine.


I made him a cup of tea and then waited while he looked at the machine.


His diagnosis of the problem?


“You have an unbalanced load.”


A what? I had no idea what he meant, but that didn’t matter.  He was here to sort it, which was all I needed to know.


It seemed the fact that he was here was not all I needed to know.


Apparently an unbalanced load is when the washing is all squashed on one side of the drum, and it causes the spin to not spin. It stops the spin from working properly.


The way to sort it out is to stop the cycle, open the door, rearrange the washing so it is spread more evenly in the drum, shut the door, and put it on ‘spin’ again.


I confess I was relieved that the solution was not more technical!  I think I have a vague chance of actually managing to follow these instructions.


But it got me thinking.


Does the washing – the mix of thoughts and feelings and shapes and sizes and pressures and commitments and, and, and – inside me become all squashed in the wrong place and stop me working properly?


Stop me living as God intended me to live?


I thought about this as I poured myself a second cup of tea.


Stop. Open the door. Balance out the washing. Go again. Repeat as necessary.

I probably know even less about yokes than I do about washing machines, but a look on Google seems to confirm what I suspected: a yoke is not fitted whilst the animal is moving. 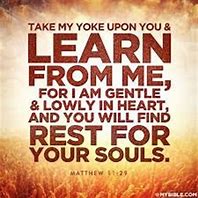 Stop.
Take His yoke upon you.
Balance out your load.
Go again.
Repeat as necessary.

Another thing I learned, as a budding washing machine expert, is that the load does not have to be unbalanced in the first place. There is an optimum load which will never stop the spin from working properly.


The tricky thing is finding that optimum.  It is different for every machine.


Every machine is made with the ability to work correctly.


But it needs to be filled with the correct balance of things.


A load made easier simply because it is known.... 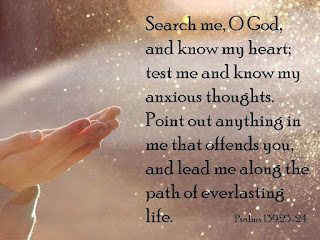