The Value of Anthologies by Wendy H. Jones 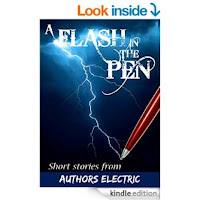 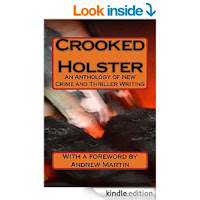 I have recently had short stories published in a couple of anthologies. It's confession time now and I feel like I'm at a local meeting of bookaholics anonymous. I'm Wendy and I don't often read short stories. Gasps all around. I usually prefer to read something longer as I don't want the story to finish. The same goes for writing short stories. I like to develop the story over a longer period. However, I decided it was time to develop my writing muscles and brain in a different way.

As the title suggests, short stories have value in a variety of different ways. Firstly as a writer, I had to learn to get my point across in fewer words. It has helped me to tighten both my writing and my story arc. I had to think very clearly about where the story was going and the way In which it would progress. There was no room for flowery descriptions or extraneous words. Also, as both stories were mysteries, I had to use sentence structure to ramp up and maintain the pace.

I also found value as a reader. I have read all the stories in the anthologies and have been exposed to a different range and variety of material and ways of writing. It has allowed me to broaden my horizons, and acknowledge that there is value in reading short stories.

There is also value in terms of Marketing and Promotion. My work will be read by a wider audience, readers who may not come across my books or writing in other ways. The value of exposure should not be taken lightly.

Overall, i enjoyed the experience. It is exciting to have my work acknowledged by other writers as being worthy of inclusion and publication. I would recommend any writer to submit to anthologies. It will stretch you, and help you, in many different ways. Flex those writing muscles and start creating now. 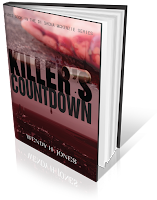 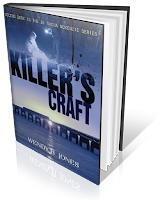 Wendy H. Jones lives in Scotland, and her police procedural series featuring Detective Inspector Shona McKenzie, is set in the beautiful city of Dundee, Scotland. Wendy has led a varied and adventurous life. Her love for adventure led to her joining the Royal Navy to undertake nurse training. After six years in the Navy she joined the Army where she served as an Officer for a further 17 years. This took her all over the world including Europe, the Middle East and the Far East. Much of her spare time is now spent travelling around the UK, and lands much further afield. As well as nursing Wendy also worked for many years in Academia. This led to publication in academic textbooks and journals. Killer's Countdown is her first novel and the first book in the Shona McKenzie Mystery series. Her second book, Killer's Craft, was released in July, 2015