The Call of the Relatively Wild by Tony Collins 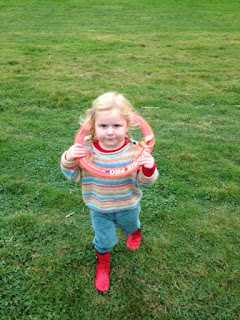 We have just been away camping. We, in this case, being Pen and me, plus Pen's three adult daughters (my stepdaughters) and two grandchildren (7 + 3). Just for two days and nights, which was enough.


We enjoyed ourselves. We set up the tents in a circle round the firepit, an old tractor hub. The children loved our sort-of-Frisbee, and the cluster of straw bales, and the swing tied to a nearby oak. The farm offered pigs and donkeys, and a fairy garden, with a fairy tortoise. After supper, as the light faded, we had a happy time identifying constellations and admiring the Milky Way and listening to the owls. Potatoes baked in the ashes have a flavour no money can buy. The wood-gas stoves worked as advertised. The rather brilliant compost toilets turned a bathroom break into a small adventure. The women sang in harmony, quite beautifully. There were long comfortable silences.


There were also beasts, mythical and otherwise. A dog stole our sausages (we abandoned the chase after half a mile). We found a dead mole, and a door in a tree. Grandchild One’s Big Book of Dinosaurs featured a small vicious predator named Bambiraptor. Grandchild Two agreed she was a fairy princess, explaining her wand had been stolen by a Gruffalo. Grandchild One and I played farmers, but one of our livestock  had escaped, he warned: a portal-opening devil goat. Later he announced he had become a werebat. Overhead circled a kestrel, or perhaps a pterodactyl.


Sitting around the fire as the shadows advanced across the field, we felt slightly vulnerable. Strange creaks and cracks emanated from the surrounding woods: was that something breathing? Pen and I had chosen a tipi, but Pen opted to sleep in the car after someone started dragging our food bag across the floor. I stayed, but reviewed my decision in the fading torchlight as the bambiraptors  scampered and fought scant inches from my head.


We were only a few miles from home. But it was another world, reinforced by my dying phone.  That night the sense grew of daily concerns suspended, the diary abandoned, of old skills and new challenges. Pen improvised a hotplate out of a frying pan. I tied the food bag well out of rat-reach. Kippered in woodsmoke, we turned in early.


Today, tuning into Inside Science on Radio 4, I happened upon an interview with an astro-biologist, a member of London University.  For all of my life I have been attracted to (and occasionally amused by) SETI, the Search for ExtraTerrestial Intelligence. But to be an astro-biologist, whose task is to search for life amongst the stars: now that is a true hankering after mystery.


Whether you are a werebat, or just a jobbing Christian, we are all of us students of mystery. No writer can afford to forget this. Just around the next tree, out of the corner of your eye, there is a universe of danger and wonder. Just go camping.
﻿
﻿﻿﻿﻿

Tony Collins is an editor with Lion Hudson plc, and author of Taking My God for a Walk, a book about walking the Camino de Santiago. He is the founder of Monarch Books and Lion Fiction, both imprints of Lion Hudson. He is a Reader in the Church of England, and a churchwarden, and lives in Hastings, where he plays execrable golf. He is married to novelist and writer Pen Wilcock.﻿﻿﻿﻿
Association of Christian Writers Camping Christian grandchildren mystery raptors SETI