Say it loud, say it clear, by Ben Jeapes 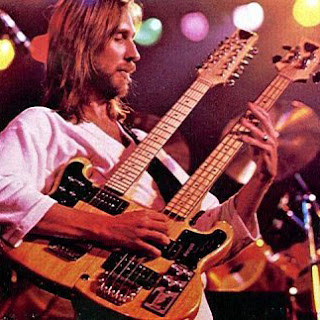 Be assured you shouldn’t need a thorough grounding in pop culture or progressive rock to appreciate this post, so please don’t run screaming when I say I’ve been reading The Living Years, the autobiography of rock star and Genesis founder member Mike Rutherford, and it struck me that Rutherford gets right what many Christian memoirs get wrong.

The book’s title comes from the song for which Rutherford is probably best known, ‘The Living Years’ by Mike & the Mechanics. Rutherford wrote this in 1988, two years after his father died; it’s a moving song in which an estranged son wishes he’d known his dad better.

Rutherford is using a bit of poetic licence here as father and son were actually quite close, though never emotionally intimate in a way Rutherford might have preferred with his own kids. But then his father was a navy captain and WW2 veteran, born in 1906, so some things just weren’t on the table. Young Michael was sent to a suitable public school and expected to go into a suitable public school-type career. Instead he discovered music.

However, far from blowing his lid, the captain was always 100% behind his son’s choice. When he realised Mike was serious about the music business, Captain Rutherford phoned around all the Genesis parents and – in an early form of crowdfunding – persuaded everyone to contribute a sum of money so that the lads could buy decent equipment. Thereafter this veteran of the campaign to sink the Bismarck faithfully followed Genesis wherever they went on tour, from the early clubs and bars to the latter day stadiums, always with cotton wool strategically inserted in ears. I suppose that when you’ve commanded a naval gunnery school, you pick up hints like that.

These all make good anecdotes, but what really makes this book work is that, after his dad’s death, Mike found a copy of his unpublished autobiography in the attic. It gave him insights into his father’s character that he had never really grasped before. Now he takes the opportunity to publish excerpts alongside his own life story, comparing and contrasting his career with his father's when they are in the same part of the world (for example, the first impressions they each had of Japan, fifty years apart) or at the same age. Father and son write with the same wry, dry sense of humour, and Captain Rutherford emerges from the pages as a fully fleshed-out character whose nature is vital to understanding his son.

Unlike – and this is the point I started with – the character of God in many Christian memoirs. In far too many, God hardly features at all.

This sounds a little odd, maybe, because you think of course God is in a Christian memoir! God did this, God did that – the whole thing is one great big testimony to God!

Well, yes, but that’s all. God effectively becomes a supporting character. God does this or that the same way that a barman in your story serves you a drink or a shop assistant sells you something. It’s what they’re there for; stop worrying about it, don’t ask, just get on with the story. God has absolutely no motivation as a character, yet surely in a Christian memoir God should be as much a character in the story as anyone else – arguably, even more so than the subject of the story themselves.

So, in your memoir, how much are you talking about the subject – and how much about their father?

Ben Jeapes took up writing in the mistaken belief that it would be easier than a real job (it isn’t). Hence, as well as being the author of 5 novels and co-author of many more, he has also been a journal editor, book publisher, and technical writer. www.benjeapes.com
memoir motivation music