Magi and Mountains, by Ben Jeapes 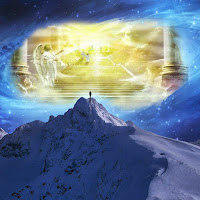 There is so much that ought to be wrong about the story of the Magi. (Not the Three Kings. We don’t know there were just three of them; there’s nothing to say they were kings; and they might not even have been wee. They could have been of perfectly average stature, boom boom.)

We do know they came from foreign parts, which makes it unlikely (though not impossible) that they were Jews; we know for sure that they studied the stars; and we know they saw something there that led them to find Jesus.

Studying the stars is not necessarily astrology, though the first astronomers were very probably astrologers first. But it is something very few Jews of the time would have been doing. There’s enough in the Old Testament to make it clear that stargazing is not recommended. (Deuteronomy 4:19; Isaiah 47.13.) Not illegal – but verging on dodgy, and Jews liked to play safe. It was all sufficiently close to magic and fortune telling that the Jews, God’s people, did not go in for it.

But these guys weren’t God’s people. Not yet. Yet Matthew presents them positively! They are not occult practitioners or charlatans or benighted pagans. They are the good guys in the story. They come out of it considerably better than Herod (no surprises there) and Herod’s advisers (who should have been on tenterhooks for the coming of the Messiah, but to whom it seems to have been a dry, academic problem.)

There is an attractive, but sadly flawed, analogy you may have heard about God and mountaintops and paths. Imagine a mountain with God at the top of it; imagine any number of paths all starting at different points and taking different routes up the mountain and converging at the top. So, one God, many ways to find him.

Except that for a Christian it doesn’t work, because it directly contradicts Jesus who says he is the only way to the Father. What this analogy is saying is that “There are many ways to the God who specifically says there is only one way to him.”

Somehow, with the full mandate of Biblical authority, the magi found a way to Jesus that had evaded everyone else.

This speaks to us as writers, or should. There is only one Lord that we are witnessing to, but many ways to witness. Words of truth might be spoken in a novel by the most unlikely of characters; I would even say that the more unlikely, the more memorable they become. Some outsiders, like the magi, are of the cultural, geographical, or ethnic variety. Other outsiders are spiritually remote. I’m a public school-educated Christian science fiction fan from a military background; that’s four key areas of my identity where even people who get one right will almost certainly not have a clue about the other three. So I often think of myself as at least three quarters an outsider.

Who are your outsiders? What unexpected direction can you make the truth come from?