Am I doing the right thing? by Sue Russell 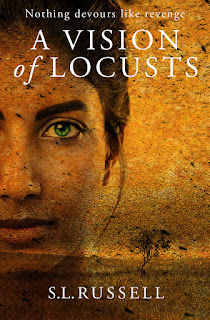 The next few days are exciting ones for me. As this post comes out, so too does my novel 'A Vision of Locusts.' A week later that same book will be launched amid  the popping of corks, and in between I hope to be gathering a few reviews to help the book on its way. However...

Are you sometimes assailed by doubts which, even to yourself, seem pathetic and risible?
Occasionally I wonder if I am pursuing the right path: is this really what God has called me to? The problem is not that it is so arduous (though it does have its troublesome moments) but that it is too enjoyable and rewarding. I suppose there must be a lurking black-hatted Puritan somewhere in my psyche wagging a finger and muttering, 'You are having far too good a time! Stop it at once! It's wicked self-indulgence.' Uneasily I allow foolish thoughts to worm their way in. Should I be battling it out on some perilous frontier for the benefit of suffering humanity, rather than sitting in front of a computer in my cosy (if disordered) study dreaming up stories? What good can I be doing spinning plots and inventing characters, or having nocturnal chats with people that don't actually exist?

It has not escaped me that I have had a call to write, and I have not had a call to drop everything and risk all in some outpost where there isn't even any sanitation, let alone the internet. And while I have long had an interest in things medical, I couldn't possibly do anything about it, because I am embarrassingly squeamish. In school biology lessons I was excused from cutting up frogs and earthworms and bulls' hearts; I suppose it was less trouble than picking my unconscious form off the floor. I even passed out once, some years later, at a blood-donating session while sitting upright in a chair. They'd given up on getting any of the precious stuff out of my unwilling veins, and, to add yet more misery to this humiliation, when I was finally allowed to go home I found someone had pinched my bike.

Now the Puritan takes a back seat and a ruthless logician takes his place. 'Just because you aren't much good at anything else, shouldn't you be striving a bit more?' says this unpleasant character. 'I mean, what's the good of stories when the world's going incontrovertibly to pot?' (Actually I think he's the Puritan again, in a different guise.)

Praise the Lord for a little sense, often supplied by others to bolster my inadequacies. 'If that's all you can do, you might as well do it to the best of your ability, and let God take up the slack. He's very good at making a lot out of a little, when that little is honestly offered to his glory.' I should emphasise that I am speaking only of my own efforts, not those of others. Books, including stories, have been the food of my spirit ever since I could read, and one well-known author was almost single-handedly responsible (as far as human influence went) for turning me to Christ many years ago.

I must not, however, become complacent. The Bible is littered with examples of people who were indeed called out of their rut, and their protestations of  'I'm too young! Too old! Too tongue tied!' were met with stern insistence on the sufficiency of God's power for their journey. If I were to be summoned out of my study, I would not be able to plead my weak stomach or aching joints. He will always have the last word; and as we see from all those Biblical pioneers, for the sake of His overall plan, so it must be. 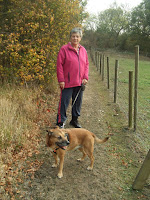 A Vision of Locusts is S.L.Russell's sixth contemporary novel from a  Christian world view. You can find all the others in the usual places, either as paperbacks or to download to Kindle.
A Vision of Locusts book launch God's call nocturnal doubts