Would the opposite be surprising?, by Ben Jeapes 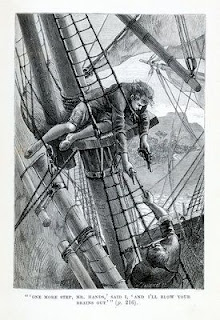 Part of my job once consisted of sorting through hundreds of industry press releases every week, to compile a news column. Most could be discarded straight off for failing a very simple test. My boss’s mantra was, ‘would the opposite be surprising?’

Glossing over failings is an easy temptation to succumb to, in fact or in fiction, but it leads to dull writing. Christian writing – or indeed, any religious writing – is no different. Disclaimer: I’m not an expert on Muslim/Christian matters, but as I understand it a lot of Biblical characters appear in the Qu’ran – but, stripped of any flaws or weaknesses, on the grounds that God/Allah couldn’t possibly used flawed, weak humans to spread his flawless word. They would have to be flawless themselves, by definition. But, where’s the story in that? ‘Man with no failings or weaknesses whatsoever proclaims word of God!’ Is that interesting? Not really. ‘Man lets himself be betrayed, flogged, crucified, turns out to be God’ – that’s interesting.

Religious writing can easily fall into the same way of thinking as the PR department at MultimegamaxiCorp: our good news is interesting by default because it’s us saying it, and how dare you want it to be any different? In fiction, there’s no excuse. We think of a plot, we think of a problem for our hero to overcome, and so we make our hero able to overcome it. Look up ‘Mary Sue’ to see what I mean. 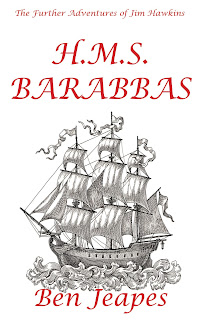 Take a hero who has been on my mind a lot lately, as I’ve just published H.M.S. Barabbas, the first in his further adventures: Jim Hawkins, hero of Treasure Island. Jim makes mistakes. He is never quite as brave or as strong-willed as he would like to be (until it really counts, of course). He can be a self-righteous prig, though to his Victorian audience I suppose that might have seemed a strength. The Victorians would, I think, have been fascinated by Jim’s friendship with Long John Silver. Silver we know to be a treacherous, amoral murderer, but he also seems genuinely fond of Jim, and Jim reciprocates. Jim is torn between two father figures throughout the novel: Silver, or Dr Livesey, who is upright and moral and possibly just a teensy bit boring. To the Victorians, there would have been no doubt who Jim ought to end up with – and he does, because Stevenson knew his audience, but he also knew how to make them pay for it. And, as Jim doesn’t miraculously change at the end of Treasure Island, that was the character I had the challenge of perpetuating.

So, there is your challenge. Does your hero have flaws? Are you taking steps to correct them? If so, stop it at once!