The Album Challenge, by Ben Jeapes 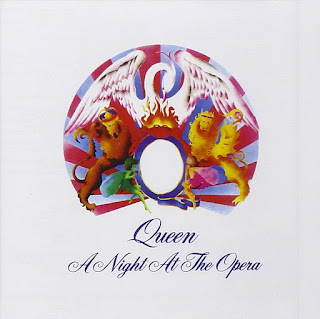 I like doing these things occasionally, as they do the rounds on Facebook, because they make me stop and think about what makes me me, and hence (expanding outward) who I might be as a creature of God and in the eyes of the rest of the world.

The challenge was, very simply, to list my top ten favourite albums, one per day. Strictly speaking I could just put up a picture of the cover and leave it at that, but I found it more interesting to explore and state my reasons too.

Interestingly, there were no religious albums, because I’m not a religious album sort of person. There are religious songs that have shaped me and help sustain me, and which I would certainly take onto my desert island (“In Christ Alone”, “St Patrick’s Breastplate”, others) but none at album length.

What is about a favourite album that makes it a favourite? Is it that it articulates some feelings about a contemporaneous time and/or place that resonate with you? Or that you just associate it with a time and/or place where you were drawing conclusions of your own about life anyway? Or a bit of both? I find it interesting that even though my choices cover the period 1975-1985, when I was 10-20, all but the 1985 contribution came to my attention between ages 14-17 which is probably when all the pieces that would make up Adult Ben finally came together. So, I strongly incline towards the “bit of both” explanation.

So, here’s a writing challenge. Your characters need a past. Even if it doesn’t show in the actual story then you, the author, need to know it. Sometimes you know enough about them that you can write them consistently without having to think about it too hard – but if that isn’t working then another way might be to ask yourself what their favourite albums are? And why? What has sunk into them in their pasts so deeply that it has shaped their characters, actions, emotions, responses here in the present?

And should anyone be interested, the albums (in simple alphabetical order, to avoid a need for preference) were:

Ben Jeapes took up writing in the mistaken belief that it would be easier than a real job (it isn’t). Hence, as well as being the author of 5 novels and co-author of many more, he has also been a journal editor, book publisher, and technical writer. www.benjeapes.com
character music Writing