Under the Law, by Ben Jeapes 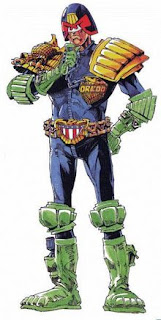 We bought a flat, with the help of financial assistance from a family member. Which, once the solicitor had woken up to the fact, meant further prescribed loops to jump through to establish the provenance of those funds and the bona fides of the donor, just to prove that the money wasn’t being illegally diverted from their company or the proceeds of their South American drugs ranch. Normal, anti-money laundering stuff. Nothing to get worked up about.

Though it would have been handy if the solicitor had mentioned this when we began the purchase, two months earlier, and not on Tuesday when we hoped to complete on Friday.

As headaches go, it was easily manageable. That evening we watched an episode of Father Brown which starts with a young woman facing hanging because her final appeal has just been rejected. See, some people do have it worse with their lawyers.

I decided that on the whole I would much rather live in a society which takes the transfer of large sums of money seriously and handles it all in a properly grown-up way. I like living in a well-regulated world. It’s always a balancing act with red tape, but I find people who want to do away with it are those who’ve never suffered too much from the alternative.

And while it’s a cliché to say things like “The innocent have nothing to fear” -  if only because as Terry Pratchett points out, the innocent have everything to fear, usually from the guilty but especially from people who say things like “The innocent have nothing to fear” - it’s also true. As Christians, we shouldn’t stand on our rights. We’re there to serve, and if that means sticking to certain rules even if they don’t especially apply to us, then so be it. It’s a working out of 1 Corinthians 10:23-33. All things are lawful for me, but all things are not expedient. The needs of other people are more important.

And of course (because this is a blog about writing) it’s a useful thing for writers to remember. It’s easy to fall so in love with our characters that everything happens too easily. Rules and conventions that would hold them back in the real world are waived for their convenience. A young princess is so beautiful that she’s somehow above usual constitutional law. Our hero kills the bad guy without any of the inconvenient repercussions of coroner’s courts and inquests. People just get away with stuff because other people like them.

Bad practice in real life; just plain sloppy writing in fiction. If you want to make your novel better, ramp up the difficulties that the hero faces.

We live by grace, but your hero needs to be under the law.

Ben Jeapes took up writing in the mistaken belief that it would be easier than a real job (it isn’t). Hence, as well as being the author of 5 novels and co-author of many more, he has also been a journal editor, book publisher, and technical writer. www.benjeapes.com
grace law Writing