Taming the Tentacles, by Lucy Mills 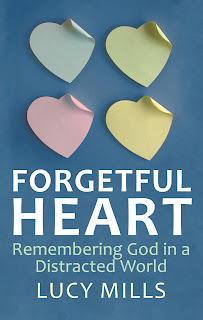 Most of us, before we're published, make an assumption.  We assume that, once we've had one book published, the second will be easier.

It feels similar to the sensation I had as a child: when I'm grown up, life will be easier.  I'll suddenly become an 'adult' and I will be, in a way, a different person. All that annoying fear and shyness will be gone, for example. Decisions will be made with swift, accurate wisdom. I'll have done it. I'll be THERE.

Excuse me while I pause to laugh.

OK, so getting older does change things - I know myself much better, have learned what works best in different situations, have my coping mechanisms in place. Practising something does make it less nerve-racking and sometimes I even get better at it.  But there's no magic wand that appears (whether it is inscribed 'grown up' or 'published writer') and makes all the hurdles disappear with a satisfying zap.

It appears I am still me.

So, I've had one book published.  I have done it, ergo I can do it again.

It appears I am still me.  And this time people are watching.

Before, I could write my book in secret.  It wasn't until I'd already conquered the sprawling tentacles of my ideas and tamed them into a format brimming with hope and potential that I 'aired' the fact I was writing it.

Now I'm always asked about The Next One.

It's not that there isn't a Next One, it's just that I'm still taming the tentacles. Ideas are flying about, thrashing, slapping me round the face occasionally.  Sometimes they excite me, and I'm buzzing with life; sometimes they are terrifying - out of control, impossible to organise. Plus, I'm an introvert, and although I have those I'm happy to talk about it with/to - and if I've shared details with you, feel privileged - in general, I'll want to keep schtum for now.  Otherwise I'll never do it. Maybe if it was fiction I would feel differently. Who knows?

I've been working hard at structure and planning this time round, but I've realised that for me, this doesn't tame the tentacles.  That comes later.  I need to start writing.  To plunge in, with the force of the One Big Idea behind me (and yes I do have one) and get a bit buffeted by all its offshoots.  The sub-sections, the joined up (or not) dots, the playing that comes with creating.

There is an idea, and there's a lot there. The potential buzzes busily at me... The research makes me nervous. But I have to take hold of it, even if it does give me motion sickness.

Just because I've done it before, doesn't make it easier.  Maybe it would, if I'd written ten books or twenty or thirty. But here in my 'one-book-published' zone I need to tell myself - stop thinking about how you did the First One or the Ones You Haven't Done or the the Way Everybody Thinks You Should Do it. Stop thinking about how the First One is selling. Stop worrying that your publisher won't like your new idea, or even want to publish you ever again. Stop getting frozen by expectation - from yourself or others, and get yourself admitted to the ride.

Stop looking back, and throw yourself into the melee that is the The Next One.

I need to stop hovering at the water's edge and finally go under.

If you're published, how do you find the 'second time round'?  Does it get easier, or do you need to take each one as if it were the only one? If you're an introvert, how do you deal with other people's expectations?

Lucy Mills considers herself a non-fiction writer but does write the odd novel in November. Her first book, Forgetful Heart: remembering God in a distracted world, was published in 2014 by Darton, Longman and Todd (DLT). She's written articles, poetry and prayers for various Christian magazines and is an editor at Magnet magazine. www.lucy-mills.com