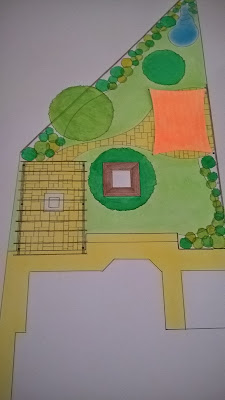 No I’m not being a late running March Hare. Today is actually 1st January for all who follow the Julian calendar. So if you are Eastern Orthodox, Oriental Orthodox, or Berber, Happy New Year to you my friends.


Most of us in the western world go by the Gregorian calendar, which gradually replaced the Julian from the late 16th century, correcting an anomaly within the extra leap year day. The Julian calendar was itself a standardisation to prevent errors from a previous system of variable year lengths, in which politicians added or refused any number of intercalary days between February and March to promote their own ends. Announced with little notice, these meant many Romans, just like us between Christmas and New Year, literally didn’t know what day it was.


But it wasn’t the only calendar in use. There were the Asian, Alexandrian, and Syro-Macedonian calendars, as well as others. They may have aligned with the Julian month lengths (which we still use today) but didn’t necessarily start the year at the same time. Over the centuries, the Alexandrian used 29th August and the Mediaeval western church opted between Christmas, 25th March, and Easter. And of course we have our own tax year beginning in April and academic year in September.

Times to reset the clock, turn over a new leaf, make a new start.


I’m making a new start myself this week – returning to work after an extended period of sick leave. It’s a phased return – short hours, office based to begin with; my first day catching up with emails from home.


I guess you could call it a gradual new start. But it’s no less daunting.


I know because work stress contributed to my ill health, I have to do some things differently, establish new habits, abandon some old ones. No more skipping breaks or working late. Taking time to consider requests rather than a knee jerk yes. No more surrendering to guilt when I want to say no. More delegation and trusting others. Making self-care a much higher priority. Doing something I love every day.


New starts should be a familiar concept to Christians. We just call it by other names: repentance, renewal, resurrection. Like the old hymns say:


The love of God to me is wonderfully new’

‘Great is They faithfulness, O God my Father


We have a God of new starts. A loving Father who doesn’t just offer chance after chance to wipe away our failures and mistakes to begin again, but gets His hands covered in brick dust and mortar as He rebuilds alongside us.


Some new starts are forced by an earthquake of trauma. Some new starts require a complete redesign. Some new starts come after we realise we have been doing something all wrong and need a whole different approach. Others are gradual, one small change at a time, a tweak, an edit. Leaving something for a while then going back. Casting a fresh eye over our work, deciding what can be kept and what needs to change.


A new start, change, can be scary words. No wonder some reject New Year’s resolutions so vehemently. Perhaps we should try the word ‘growth’ instead, remembering roots grow in the dark, spring comes around again, worrying less when we get pruned, and trusting the Gardener more.

So here’s to growth in your new year – whenever it starts.