Truth and Beauty, by Ben Jeapes 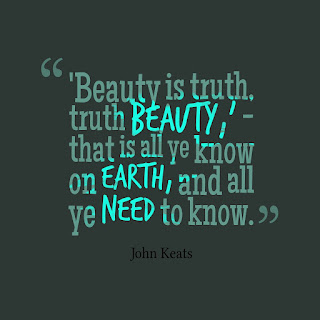 The Hitchhiker’s Guide to the Galaxy, according to Douglas Adams, states that the Ravenous Bugblatter Beast of Traal makes a very good meal for passing tourists. When the editors were sued by the relatives of some tourists who took this literally, who argued that a more accurate version would have been “... makes a very good meal of passing tourists,” they got in a qualified poet to testify that their version was more aesthetically pleasing, truth is beauty and beauty, truth.

I was reminded of this, believe it or not, watching last week’s episode of Victoria. I was interested enough to watch because I saw that it included the historical characters of the mathematicians Ada Lovelace and Charles Babbage. Babbage was a pioneering mathematical genius; Lady Lovelace wrote the world’s first computer program (for a mechanical computer); I was interested to see where it would go with those two.

As it turned out, their sole purpose in the show was to make Victoria jealous with hints that Albert had a platonic fling going with Lovelace. I gave up after half an hour.

But maybe I’m being unfair. Victoria isn’t a historical documentary. It’s entertainment. To anyone who hasn’t spent much of the last year researching the lives of Babbage and Lovelace - and I know that’s most people, just, sadly, not me - there wouldn’t have been any problem at all.

And I must own up to taking enormous liberties with the persons of Oliver Cromwell, Charles II and others in my novel The New World Order. As in, the wrong side wins. There again, no one will take The New World Order as history but people might mistake Victoria for being vaguely factual.

Truth in fiction is a knotty problem, and truth is something that Christians really ought to pay attention to. So, where do you draw the line? Where does making something up, or distorting the existing facts, become acceptable for the sake of telling a good story?

And this is where I stare blankly at the screen, because having asked the question, I’m blessed if I know the answer. But on the grounds that most problems in Christianity come down to a matter of love, I’ll pick that. Do we love our readers enough to give them the best story - or the best piece of writing, if we’re talking non-fiction - that we can? Are we writing for them, or for us? Do we treat them as suckers whose intelligence we’re free to insult as long as we display our own cleverness, or do we want them to get the very best for themselves out of what we set before them?

It still doesn’t quite answer the question, and I think every author must pick their own way along this particular path. We are called to write, but we’re called to love first, and that’s the order our priorities must lie in.

Ben Jeapes took up writing in the mistaken belief that it would be easier than a real job (it isn’t). Hence, as well as being the author of 5 novels and co-author of many more, he has also been a journal editor, book publisher, and technical writer. www.benjeapes.com
beauty love truth Writing