Why Christians should be pessimists

By A(me) - January 02, 2017
My social media feed is full of people wishing one another a happy new year, and among all their greetings, I’ve noticed a trend.  Perhaps you’ve seen the same thing?  It’s always there subtly, but this year, more than other years, it has come through loud and clear.  It’s the notion that 2016 has been a terrible year - worse than most - and that 2017 will somehow be better, happier, and put everything to rights again. 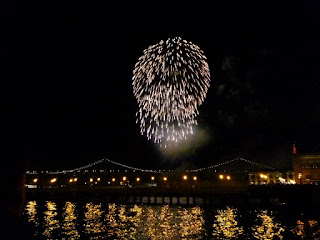 Don’t get me wrong - 2016 has certainly not been a barrel of laughs for many people, and there’s always been that hope of a fresh start as the year turns.  I think what I’m noticing most - and what I’ve been picking up throughout 2016 - is everyone’s surprise at each turn of events.
We’ve been surprised, over and over, by death, even though it comes to 100% of the population.  We’ve been surprised, again and again, by evil in the form of terrorism, by racism, by hatred.  We’ve been surprised by the choices of whole countries.  Some people on social media were even surprised at the choice to kill a gorilla rather than a small boy.
But isn’t surprise in these events rooted in a belief that things, generally, get better, and that people, generally, make progress towards good?  Our constant astonishment at human nature surely hides an expectation that as we know better, we’ll do better, and eventually arrive at moral perfection all by ourselves.  Recently we’ve been accusing politics of ‘going backwards’, citing the events that led to the second world war, as if bad things never happen twice, as if the only possible direction is forwards and upwards.
As Christians, we know that belief to be false, and here’s why Christians should be pessimists: because without the knowledge that human nature alone will never succeed, the good news of Jesus is not worth having.   Instead of hope, we end up with vague New Years’ wishes and annual disappointment with the rest of the world.
Jesus promises a complete, inside-out, apocalyptic change to what humanity is like.  To grasp it, we need to see that without it, things will never change.  Humanity is as fallen at the start of the year as it is at the end. That’s why one of the first things that happened in 2017 was another terrorist shooting in a nightclub in Turkey, an event that most of social media seems to have chosen to ignore amid all the ‘This year will be better’ messages.
St John is with me on this one (oh, all right - technically I am with St John on this one.) In the prologue to his gospel, which is read at Christmas carol services everywhere, he writes about the Light coming into a world of darkness, where people don’t even recognise, let alone accept, their own creator.  But there, in John 1:5, is a note of real hope, contained in the beautifully ambiguous Greek verb, katalambano.
I am not even remotely a Greek scholar, but I did sneak into the back of a few of The Rev’s lectures when he was at college, and this word struck me so much that it’s still the verse I use to test every Bible translation.  It means ‘understand’ but also ‘overcome’ or ‘hold’ - in the same way that today, we might say “I get it” or “I’ve grasped the idea” to mean that we’ve understood.
I’d like to leave you with a poem which is really a list of all the things that word could mean in the context of the verse.  It gives me something to hold onto - in exactly that ambiguous sense - when the world looks dark.

When light shines in darkness, the darkness is gone.
In darkness, light cannot be swallowed or won,
Contained or attained, or explained, grasped or gained,
Seized or perceived, acquired or obtained.
The dark doesn’t get it.
The dark hasn’t found it.
The dark cannot wrap understanding around it,
For darkness cannot comprehend light, or know it,
Cannot overwhelm, overcome, overthrow it;
The dark has not conquered or crushed or controlled it
The dark doesn’t get it.
The dark cannot hold it.
In Jesus is life, and the life is the light, because
He held life - lightly -


So that we’d hold it tight. 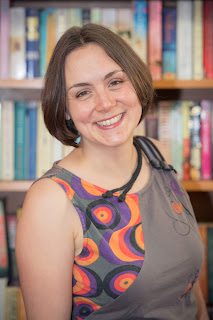 Amy Robinson is on the ACW committee as publicity officer. She has published three books on puppetry and storytelling with Kevin Mayhew, writes regular scripts and materials for GenR8, and blogs when she can. She has decided that 2017 will be the year of completion for three on-the-go projects, including her first children's novel. This is probably unrealistic.