Want to see a trick? By Ben Jeapes 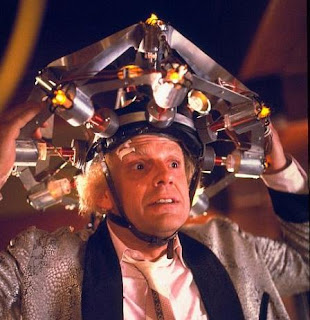 Look at the following list. If your name starts in the top half of the alphabet (A-M), pick an odd numbered word or phrase. If it’s the bottom half, pick an even one.


Now, from the following list, pick a phrase that best goes with the item you picked from the first list.


Now imagine me placing my fingertips on my temples and closing my eyes, and maybe eery music playing as I intone: If your name starts A-M then you’re thinking of a carving knife; if it’s N-Z then it’s a yellow ball of yarn.

It’s just a stage trick, and it’s all about apparently giving people more options while in fact you are quietly removing them. You decide on the answer you want, and then work backwards, removing any options that will lead people away from where you want them to be. They end up where you want them, apparently by their own free will. I threw in an apparent hint of randomness with the instructions about where your name comes in the alphabet - something I couldn’t possibly have any influence over or foreknowledge about - but it could just as well have been based on your birthday or starsign or favourite colour. The options were under my control, not yours.

And it’s a very handy tool to use for plotting. I find plotting one of the hardest aspects of writing because I like a book to keep me on my toes and be forever surprising me - so I immediately lose confidence in any plot twist that I think up, because if I’ve just thought of it I think it must therefore also be obvious to my future readers.

I have to tell myself it’s not like that. I’m starting at the end - where I want the plot to finish - and working back. The readers are coming from the other direction. They have no idea what’s ahead. So I misdirect - I throw in the other factors that have nothing to do with the actual conclusion, but make them appear to be equally relevant. Presto, a plot.

Ben Jeapes took up writing in the mistaken belief that it would be easier than a real job (it isn’t). Hence, as well as being the author of 5 novels and co-author of many more, he has also been a journal editor, book publisher, and technical writer. www.benjeapes.com
mind-reading plotting Writing