Fools for Christ? Or just idiots? by Ben Jeapes 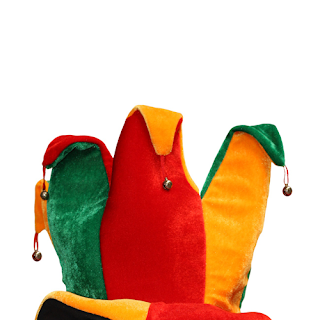 I recently read some advice Augustine wrote to his fellow believers in the AD400s about talking to classically-educated pagans. (Slaying the Dragons: Destroying Myths in the History of Science and Faith by Allan Chapman.) Contrary to popular belief, most of the ancient world knew that the world was spherical, including Augustine himself. Yet many Christians continued to believe it was flat, based on their interpretation of certain Old Testament references. Augustine’s advice was simply to steer clear of that subject, because the flat-earthers would just end up looking stupid; and once you look stupid in one subject, you’ve lost credibility in all of them, including trying to witness for Jesus.

We all know we’re told to be fools for Christ. There is a difference between that and just coming across as an idiot.

You can probably think of other, modern equivalents. This was brought to mind by a recent social media furore over an open letter to Rey from Star Wars. The star of the recent Star Wars movie is a young woman of, some would say, great strength and character. She holds her own in a fight; she is technically proficient; when she and the male hero are knocked over in an explosion, she helps him up (and gives him an odd look when he asks if she is all right).

The writer of the open letter takes issue with the contrast between Rey (and other strong female characters on screen) and a, let’s say, more traditional Biblical interpretation of a woman’s role. And if he does have any good points to make - for example, I wouldn’t argue with his contention that having a wee slip of a thing beat up a man twice her height and weight is good politics, but lousy storytelling - they get lost in the readers’ laughter.

So, if we do want to communicate counter-cultural notions - and as Christians, we almost certainly should - how do we go about it? I would hold up Paul speaking to the Athenians as an example. In many of his letters, Paul doesn’t try to hide his contempt for idolatry, but standing before the Athenian leaders in the Areopagus, idolators to a man, he is reasoned and courteous. Rather than just look stupid in front of these educated man with whom he so profoundly disagrees, the man who gave us the ‘fools for Christ’ line in the first place finds common ground and works up from there.

Any Christian character in a novel we write will live in the same world and share common experiences with everyone else. If you want to show how they are different - and, crucially, better for it - then start with the points of similarity, rather than starting with the rigid line of ideological correctness and pulling people across it. Because you’ll just look stupid if you do.