One Word at a Time by Fiona Lloyd

By Fiona Lloyd - May 25, 2015
It's that time of year again. (Those of you who are teachers might want to look away now.) I work as a peripatetic violin teacher, and I have 110 reports to write between now and the beginning of July. I'm worried I might die of boredom in the process: there are only so many ways you can say Chantelle has a good bow-hold (and believe me, I've used them all). 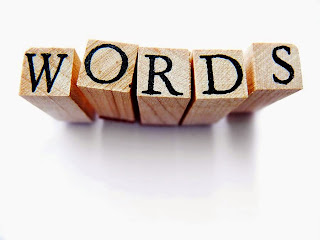 I'm trying to be pragmatic. I've learned a few short-cuts over the years, although I must be a slow learner as it took me a while to realise that if I signed my name at the bottom electronically before making multiple copies I wouldn't have to write my name out over 100 times each year. And while there are some parts of the report that have to be individually written, there are other sections (such as course content) which are repeated over dozens of forms. At this time of year, I'm the copy-and-paste queen.


Still, I always feel in late May / early June that I have an unassailable mountain to climb. It's only by breaking the task down into sections that I can see a way through it. At the first school on my list, I have 10 pupils, which is just under 10 percent of my total. Another two schools could take me up to around 40. Mount Everest has suddenly shrunk to the size of Ben Nevis. It's still challenging, but at least now I'm beginning to believe I can do it. And so it continues: word by word, phrase by phrase, form by form, until I reach that magical moment when the last report has been sent and I can sit down with a well-earned glass of wine.


There's a Chinese proverb which states that A journey of 1000 miles begins with a single step. That's certainly true of my reports, but it's useful advice for my writing, too. Crafting a novel or an article (or a blog-post!) can seem like an insurmountable task; but when I focus on writing one word at a time, I realise I'll get there in the end.

Fiona Lloyd works part-time as a music teacher, and serves on the worship-leading team at her local church. She enjoys writing short stories, and is working on her first novel. Fiona self-published a violin tutor book in 2013, and blogs at www.fjlloyd.wordpress.com. She is married with three children. Fiona is ACW's membership secretary.