"How good and how pleasant..." by Lucy Rycroft 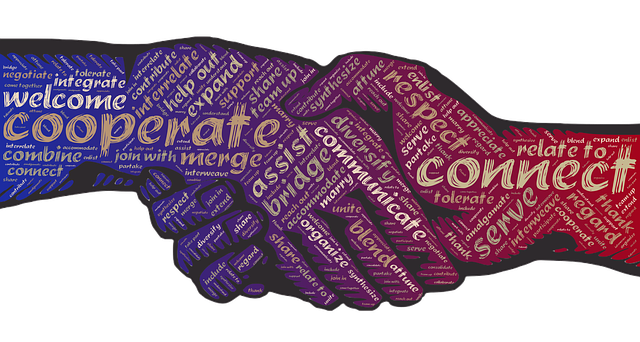 My Dad joined ACW in the 1970s - soon after it was established, I believe. He was serving overseas as a missionary, saw an advert in a church newspaper, and signed up.

I can't imagine he was able to access many of the benefits back then, a bit far away to attend ACW events, and before social media existed to keep us in touch across the globe - but still, as a Christian writer, he wanted to connect with others like him. He wanted to sign up and say, "We're in this together, writing together, believing together, asking God to use our words to point this world to Jesus".

Growing up, I didn't write much apart from when schoolwork required it, so ACW was never really on my radar, other than being Something My Dad Did. And then I started blogging - but, still, I didn't consider myself an actual writer - more a kind of thinker who enjoyed a rant.

And, still, I didn't join ACW.

I mean, no one wants to become their parents, do they?

I signed up in January and, quite honestly, it has been the single best decision I've made regarding my writing thus far.

Every input I've encountered has been helpful, thought-provoking, and challenging me to get better at writing.

Through the Facebook group, I've learnt so much from other writers - professionally and spiritually - been inspired by what others have achieved, discovered a huge array of enticing Christian books, and networked with some publishers and other helpful professionals in the industry.

(And, if you're not an ACW member, did you know you can still join the ACW Facebook group? You're asked not to promote your own work if you're not a paid-up member, but you're still free to ask questions and join in discussions.)

The interesting thing is, though, that the support is not just one-way. I expected that I wouldn't have much to contribute to the group until I was a few years down the line with some books under my belt.

Not so! I've been able to share my blogging experience with others, introduce people to affiliate links and mailing lists, and have had the enjoyable task of helping others promote their books too.

By reviewing books by ACW members like Fiona Lloyd's The Diary of a (Trying to be Holy) Mum, K.A. Hitchins' The Gardener's Daughter and Tracy Williamson's The Father's Kiss on my blog, I've not only had brilliant fodder for my readers, but have hopefully helped to expand these writers' audiences.

ACW is a group where people could get competitive, jealous, proud or precious. Instead, it is an incredibly generous community, offering tips and ideas freely (where others might charge), encouraging new writers, sharing in the success of each other's publishing contracts, and generally working together to build up the wider church with words which affirm, challenge, encourage and enlighten.

A great example of this was Philip Davies' book launch last Saturday. He didn't want to make the event purely about his own achievement, although he would have every right to do so, but generously invited other writers in attendance to bring their own books to promote as well.

I'm sure other online writers' forums are friendly places - but what makes ACW different? Why do people give so generously? What enables people like Philip to freely raise others up, rather than clinging tightly to personal ambition alone?

Simply this: that we know the Word, the ultimate Word, the Word who was there at the beginning and will exist forever, the Word which can never be improved or added to, because it is absolutely, 100% perfect. Our words, our ambitions, our egos all fade into insignificance when we fix our eyes on the One True Word.

We know that our own words, weak and flawed as they are, find coherence and reach people's hearts and minds only because the Word Himself directs them there. Whether we write fiction or non-fiction, articles or poetry, for children or adults, we all have the same aim: to bring a little bit of the Living Word, Jesus Christ, into the dark corners of our world.

So we want to encourage each other, for we know that each one of us, in our own unique, God-given way, is bringing light and hope into the world through our writing.

This is a beautiful thing! As the Psalmist writes,

"How good and pleasant it is when God’s people live together in unity!
...For there the Lord bestows his blessing, even life for evermore." (Psalm 133:1,3)

Thank you to all you lovely ACW folk for making me so welcome, for exhibiting the unity of God's people living together - metaphorically, if not physically - and for being a visible example of the Lord's blessing, not only on your writing, but in the form of the hope that comes from "life for evermore".

And, if you're not a member, why not think about joining? 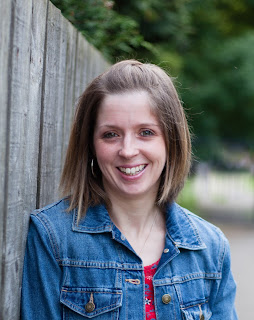 Lucy Rycroft has been a member of a Joke Club, a Pudding Society and a chamber choir in the past - but is now a proud member of ACW and the school PTA. She likes acronyms, chocolate, writing and people - particularly the five with which she shares her home in York. You can read her blog here and connect with her on an increasing number of social media channels (Facebook, Twitter, Pinterest and Instagram). The very thought of all that social-media-ing makes her feel slightly nauseous.
ACW connection network professionals Psalms support writers