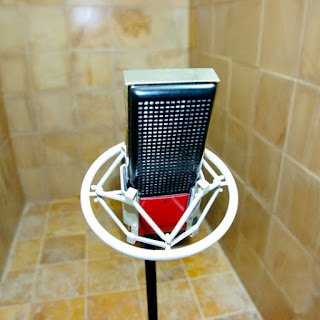 Everyone will have their own take on this week’s election and I will (try) not to ruffle feathers by expressing my own redundant opinions.

A lot of people were surprised at the outcome and a lot of people weren’t surprised at all. Some of the surprise comes from the fact that we all live in echo chambers: to a certain extent, as our friends and society are generally of like mind, we can simply find our own opinions reflected back at us and come to believe that’s what everyone thinks. Echo chambers have got even more echoey since social media came along.

So, in theory you should be able to counter the effect by reading widely, by taking your news from a variety of outlets across the political spectrum, by checking every news story you hear.

But there can still be surprises, because humans are messy. Thank God. If everyone voted Vulcan-like for the most ideal form of government - what chance would there then be for God to do anything?

God tells us what is right: “To act justly and to love mercy and to walk humbly with your God”. What he doesn’t tell us is how to do it best. Take an example: does a government feed the hungry by (a) increasing taxes on rich people; (b) giving tax boosts to charities; (c) boosting the whole economy so that the poor and hungry naturally get a bit richer along with everyone else; (d) … (e) … ?

Trick question. There’s no right answer. I went to local hustings on Monday to hear our sitting MP and her two main challengers answer questions from the public, and they all impressed me. They were all local women, and they all had a genuine love for the area they grew up in and a desire to have the honour of serving it. None of them would have argued that the hungry shouldn’t be fed; but, all three would have had different takes on exactly how to do it. To my mind, one of them did not have a sufficient grasp of the real world to make such decisions reliably, and I cast my vote accordingly, but I can’t hold that against her. Who made me judge?

God simply gives us the principle that he wants to see followed, and leaves it up to us as to how to go about it. That human variable is the one item of information that no pollster can predict. No one likes a story where the ending is too pat, and that’s because reality isn’t like that. By putting us at odds and ends, by making us messy, God clears a space where he can act.

So really, no political outcome should cause us dismay (within certain parameters: a military coup or the collapse of democracy would be a whole new category of of problems to discuss). If your idea of the right side has won, then be thankful that right is being done. If your idea of the wrong side has won then thank God that an opportunity has been created for him to show his power.

And to anyone dismayed by the absence of a strong and stable government, I would only say: “my power is made perfect in weakness”.

Ben Jeapes took up writing in the mistaken belief that it would be easier than a real job (it isn’t). Hence, as well as being the author of 5 novels and co-author of many more, he has also been a journal editor, book publisher, and technical writer. www.benjeapes.com
opinions politics stories