Re-emergence is a Tender Thing, by Lucy Mills 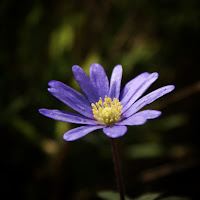 MY FIRST POST HERE IN A WHILE - I surrendered my last two slots as they were just that bit too much. I was grappling with finishing my book.  I had no 'extras' left - my creative juices, such as was left of them, had to flow all in the same direction.

My manuscript was submitted at the end of May and just under a week ago, while travelling back from Scargill House, I received word from my publisher.  It was a positive and affirming email, with the outcome that I have very little further to do pre-copy editing, just a little tweaking at the very start.

So I'm not done with it yet, in terms of writing, but 'very nearly almost'.  I feel now I can tackle the small problem area with fresh eyes.

And so has begun my re-emergence.

On the day I submitted my manuscript I stepped out into the garden and blinked into the brightness. It was a good picture of what I felt like on the inside. Re-emergence is a relief but also overwhelming - it takes an adjustment to the colour of the light.

There's also a sense of all that waits in the wings.

Time to rest! Others cried in exuberant support. But the trouble is, all those things that had been put on hold no longer obeyed the temporary fences I had erected.

They crashed back in.

I already had a commissioned article that was due in a week, on which I'd done nothing (and I felt all used up). My editing work had not stopped; I'd been doing the minimum I could, but now I needed to take up the slack and focus in order to ensure things happened as they should. I knew various commitments were waiting for me. Even friends, treasured things that they are, now hoped I would be free - and so did I!  But re-emergence is not like a blank slate; it's having to work out what do with the list of things that were scribbled on a slate while I was 'on the inside'.

Being set on one thing meant I now needed to move back into measuring and managing the many.  It wasn't that I had taken on loads of extras; these were all the 'normal things' that I do in my work and personal life and church - things I need to remember how to rearrange and how to approach in a sensible way.

I didn't like to disappoint those who pointed out now I could have a nice long break, when I was actually feeling bombarded with everything.

Some made me me feel as if I do very little when I'm not writing a book!  (I had a text-rant to a friend about this, who said she had a similar experience when she completed her Masters.) I know they didn't mean to, but I was feeling so raw. I had to work on my graciousness with those who said, even if in jest, 'now you have nothing to do...'

Oh, I really had to work on my graciousness.

I know everyone was pleased and being supportive... I was grateful for them and pleased that they were pleased...

but re-emergence is a tender thing.

It was as if I'd been inside the chrysalis with my book. Now I need to learn how to fly again.

Thankfully I was one of those attending Scargill's writers' weekend - I know several posts have touched on this already, so I don't want to overload non-attendees with my reminiscences; but I will say this: it was exactly right time for me. I had no expectations of myself except to go and enjoy it.

The place steeped me in a slowness I was lacking; it enabled me, like the butterfly with crinkled, weak wings, to sun myself for a while and build up my strength. 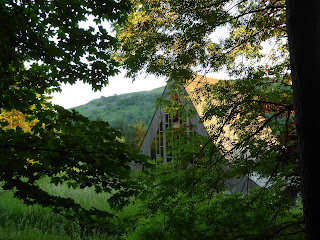 It was intrinsic to my re-emergence and I now feel stronger.  I have more time off in the not-too-distant future, which will give me more rest and time to build strength.

I was feeling so flimsy and desperate that I was afraid something would stop me from going; that something would happen to keep me here; that I would do what I did last year and tumble down some steps and sprain my ankle...anything.  But I went, and I returned, feeling like I'd had an injection of calm and confidence.

Re-emergence is a tender thing. I'm glad I was able to find a place of nourishment.

What about you?  Have you ever felt overwhelmed not just by beginning something, but by finishing it? 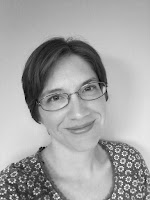